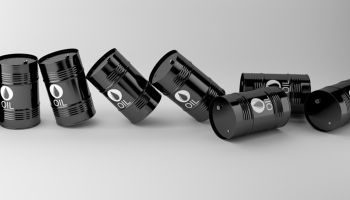 Banks in oil-rich states are expected to build energy-related reserves in the coming year as persistently low oil prices weigh on borrowers and energy-centric economies.

Oil prices have plummeted more than 70% from the summer of 2014 and remain depressed in the high $30s heading into the spring redetermination periods over the next few weeks. Banks will update price decks used for energy loans during that period, and many observers are questioning how much pain that could cause energy borrowers. (Editor’s Note: SNL published this article on March 15. Earlier this week, prices had risen past $40, but fell into the $30s again following a government report about a buildup in oil supply.)

Most observers maintain that the experience will be different than the 1980s, when a plunge in oil prices led to a recession through much of Louisiana, Oklahoma, and Texas. But they expect banks to face credit issues even in the absence of direct energy lending exposure.

While community banks are not the primary lenders to the energy industry, Performance Trust Capital Partners Managing Director Jonathan Briggs noted that those institutions still make consumer and commercial loans to many borrowers that are either employed directly by or have ties to the oil and gas industry.

"We're not seeing the increase in classified assets at community banks yet, but it's coming," said Briggs, who heads the firm's New Orleans office. "I don't think anyone is really in danger of failing or anything like that, but there's certainly going to be some hard times ahead."

Some banks have revealed in recent weeks that they could see an uptick in energy-related reserves or problem credits.

BOK Financial Corp. disclosed Feb. 29 that regulators had changed the grading methodology used in the Shared National Credit exam and plan to consider all of a borrowers' debts, including exposures not held by a bank in question. The company said that change could drive up the amount of criticized loans.

Other banks announced increases in energy-related reserves not long before that disclosure. Comerica Inc. said in late February that if current conditions persist, it could incur an estimated additional provision of between $75 million and $125 million, recognized primarily in the first quarter. The company had previously disclosed that weaker oil prices could require it to increase reserves by the same amount, but the Street had not expected Comerica to report the entire reserve build in the first quarter.

Earlier that week, Regions Financial Corp. and JPMorgan Chase & Co. both provided updates on their energy exposures and disclosed that if oil prices average $25 a barrel in the next few years, they could face additional credit issues.

When including its expected first-quarter reserve build, JPMorgan will have built its energy-related reserves to 9.0% of loans, according to Evercore ISI analyst John Pancari. The analyst estimated that banks in his coverage universe had built energy-related reserves to a median of 4.95% of loans. The analyst said in a March 10 report that unless oil prices move as high as $50—well above current levels—he believes the risk from energy loans and potential provisioning remains significant.

Advisers believe banks might also need to build reserves for their indirect exposure to the energy business. Just how much indirect exposure a bank could have depends on its footprint and on how big a role energy plays in the local economy.

Outlook not all dim in Lone Star State

Many bank observers believe Houston is one of the metropolitan areas most exposed to the energy business. Energy companies have already cut more than 10,000 jobs in Houston, according to the Greater Houston Partnership. Those companies are a fixture in downtown Houston, with more than 50% of the office space in the area relating to the oil and gas industry, according to one analyst's estimate early in 2015.  Further job cuts could potentially put pressure on commercial real estate in metro Houston.

Some bankers argue that Houston has held up well despite the decline in oil prices. Texas Capital Bancshares Inc. President and CEO C. Keith Cargill said at a conference in early February that office supply could prove a problem in Houston, adding that there are currently pressures on vacancies and leasing rates. Still, Cargill said he has seen "far less deterioration" than he would have expected this far into an energy downturn.

Texas Capital sees fewer issues in its home market of Dallas, and other lenders there agree. James Frankeberger, CFO of Neighborhood Credit Union in Dallas, said at the ALM First Financial Institute in early February that his market has weathered the downturn in oil prices fairly well. He said there is still quite a bit of growth in Dallas and noted that housing values in the market have appreciated considerably.

The issue is less clear in other areas. Jim Denman, CFO of Diboll, Texas-based First Bank & Trust East Texas, said at the ALM First event that he still sees loans growing this year, but he expects credit costs to rise as well. Denman said the bank is examining its commercial loan portfolio and paying particular attention to businesses such as hotels or storage facilities that could be impacted by weaker oil prices.

"We have looked at our oil book which is relatively small. We're budgeting charge-offs to double this year. We can't tell you why specifically," Denman said at the event. "It just feels like it's going to happen."

Losses could come sooner in Oklahoma

Most bankers remain optimistic that Texas will weather the current energy cycle because the state is far more diversified today than it was during the 1980s. Bankers seem more concerned about potential fallout that could occur in Oklahoma.

Stillwater, Okla.-based Southwest Bancorp Inc., for instance, recently told investors that Austin, San Antonio, and Dallas are not showing evidence of any real signs of stress yet, according to Hovde Group analyst Joseph Fenech.

Fenech analyst accompanied Southwest Bancorp management at a number of investor meetings in recent weeks. He wrote in a March 4 report that the company continues to say that Texas should not be as threatened by weaker oil prices as some Oklahoma markets such as Tulsa and Oklahoma City because the Lone Star State has greater wealth and economic diversity. The analyst noted that four major oil companies in Oklahoma City have announced layoffs over the past few months, and he said that impact likely will not be felt "until later this year at the earliest, as many of these people remain covered by severance packages."

Some areas of Oklahoma are already feeling the impact of falling oil prices. Joe Morris, chairman and CEO of Duncan, Okla.-based Commerce Bancorp Inc., said at the ALM First event that the oil and gas and agriculture industries play an essential role in Southwestern Oklahoma economies that his bank serves.

Morris said his bank does not lend to exploration and production—“E&P”—companies, but noted that their problems have spilled over to other areas. A number of E&P companies have announced headcount reductions, and their employees have left the area to find new jobs.

"Our community is not big enough that they can find another job and stay, so they're actually leaving," he said at the event.

"We're definitely in a recession," Morris added. "Fortunately, we had a management team that lived through [the 1980s]. We've tightened underwriting standards, we've studied our concentrations. We're getting to be really good at action plans for troubled debt."

Louisiana has experienced its share of stress as well, particularly in oil and gas heavy markets such as Lafayette, New Iberia, and Houma. Jeff Fair, president of Shreveport, La.-based National Capital LLC, advises several small banks in the state. He said a number of those banks reported double-digit loan growth for several years in a row, but now they are just hoping loan balances will hold at current levels.

Fair expects some banks will face asset quality problems and could even run out of capital, though he does not see a number of failures arising from weaker oil prices. He said regulators will challenge banks to present an accurate picture of their energy exposures and he believes many small banks will struggle to segment their loan portfolios to regulators' liking.

"There's no easy way for them to say, 'I have 20% of my portfolio exposed,'" Fair said in an interview. "Even though many bankers have a pretty good gut feel, they don't have the supporting data coming out of their systems."

"I think everyone expects that to come," Briggs said. "Whether it's going to be 5% of banks or 20% of banks, no one really knows."

This article originally appeared on SNL Financial’s website under the title, "Banks brace for rise in energy-related reserves, regulatory scrutiny"