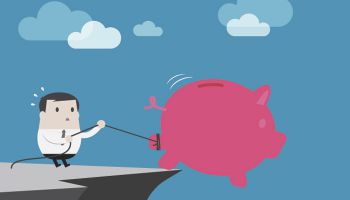 A Federal Reserve official says regulators will rely heavily on common sense as they work to ensure community banks comply with a major shift in loan-loss accounting. Meanwhile, a study by Fed economists concludes that examiners have a history of providing small lenders necessary latitude in their efforts to meet accounting standards.

"We realize that small banks have several differences from the larger banks," Julie Stackhouse, senior vice-president of banking supervision and regulation at the Federal Reserve Bank of St. Louis, said in an interview.

Stackhouse noted that community banks are generally simpler in nature—often focused primarily on conventional lending and deposit-gathering—than their bigger, more diverse brethren. As such, regulators have and expect to continue to weave this thinking into their training of bank examiners, who will work directly with lenders to make sure they understand and can comply with the Financial Accounting Standards Board's recently finalized model for projecting and reserving for loans losses.

Precedent for smaller banks to get some leeway

Additionally, economists at the St. Louis Fed concluded in a recent study that, when regulators determine whether banks operate within GAAP parameters, smaller lenders have historically been afforded more leeway than big banks.

Studying thousands of samples from regulators' annual observations of banks between 2006 and 2015, the economists found "that correlations of provisions for loan losses and subsequent charge-offs, which are expected under regulatory guidelines, are weaker for smaller banks and that, further, the weaker correlations of smaller banks do not necessarily constrain them from achieving" satisfactory performance ratings.

"We consider this to be evidence of a 'scaling' in accounting oversight," they wrote in a report. "It is relevant to the enforcement of former, current and future standards" established by the FASB.

At issue now is the FASB's plan, finalized, and approved in June, to transition the banking and credit union industries away from their current loan-loss model—one based on incurred losses—and toward an expected-loss model, under which lenders will forecast losses for the entire life of a loan.

Under the so-called Current Expected Loss Model, or CECL, lenders would use these forecasts, along with data on historic losses and other factors, to set aside allowances to cover all anticipated losses at origination.

The new rule goes into effect in 2020 for some institutions and 2021 for others.

Noting that lenders were surprised by the depth and breadth of the last recession, and therefore forced to hastily ramp up allowances to catch up with surging losses that created wild swings in earnings, the FASB said the accounting change would help banks more proactively address possible losses. The change is aimed at enabling banks to better fortify allowances during normal periods and to ensure they are not caught off guard if another sudden downturn strikes.

Community banks, however, have loudly expressed concerns about the change. Among their biggest worries is a fear that major national and regional banks will create complex—and expensive—computer models to handle the long-term forecasting work.

Small-bank executives say their institutions could not afford this and would struggle to comply if bigger banks establish a path that small ones must follow.

But in releasing the final CECL rule, the FASB said small banks will not be required to implement any one approach to comply. The rules-maker indicated that small lenders would not need to invest in costly new models—and that regulators, by extension, should not expect them to either. Rather, community lenders can use methods that best suit them, the FASB said.

James Kendrick, vice-president of accounting and capital policy at the Independent Community Bankers of America, said after CECL was finalized that the formal nod to small lenders was vital. He said that community banks now need to make sure that the ways in which they plan to comply with CECL mesh with their regulators' expectations.

"The bank regulators' role is really just now beginning," Kendrick said in an interview. "There will have to be a lot of outreach to regulators. Yes, we have time to figure this out, but it is going to take time."

Stackhouse said regulators have taken note of the FASB's final guidance regarding smaller banks and have incorporated it into their own planning.

"There is a lot of judgment involved," she said.

Drew Dahl—one of the St. Louis Fed economists who studied regulators' tendency to provide community banks greater "flexibility" in accounting compliance, as he put it—said history suggests the same would develop as banks embark on the multiyear process of figuring out how to work under CECL.

Andrew Meyer, another St. Louis Fed economist, said that while shifting to CECL is certainly a tall order for community banks, in the long run, the more forward-looking banks can be, "the better off the system."

This article originally appeared on SNL Financial’s website under the title, "Fed officials say flexibility built in for small banks to comply with CECL"