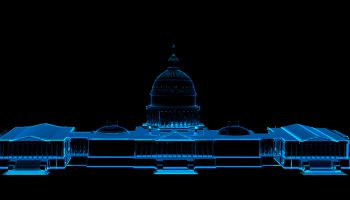 Understanding the future of fintech in Washington hinges more than one might guess on innovation's past in Washington.

Where will financial services reform and attention to innovation head under the new administration? Amias Gerety set out an argument that, in many ways, the past will be prologue. Gerety is an informed observer, having worked for eight years in the U.S. Treasury in the Obama Administration, ending as Acting Assistant Secretary of the Treasury for Financial Institutions.

Gerety was involved in various projects related to reform and innovation and told an audience at the recent LendIt USA conference in New York City that his experience taught him three key lessons that bankers and fintech players both need to remember in Washington.

First is that financial services law, regulation, and guidance in the U.S., for the most part, is “technology agnostic,” as he put it.

Much is written in terms of function, rather than channel, so regulators feel they have the bases covered. He gave the Truth in Lending Act as an example—“credit” is defined quite generally. 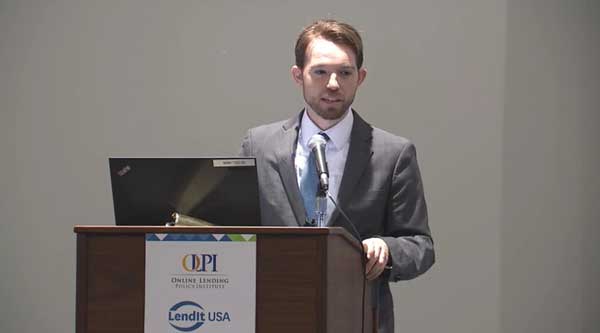 Overall, “the bar is high and that gives regulators the luxury to ‘wait and see’,” Gerety explained. Prior to government service he was a consultant with Oliver Wyman.

“When people who have spent 30 years in financial regulation or securities regulation look at innovation, the shadow of the financial crisis looms large,” said Gerety. “Eight years later they remember that financial innovation has a way of not working out so well sometimes.”

Among the memories they retain, he said, was how innovation in consumer lending begat a rampant search for more and more subprime loans—which ended disastrously. And at the same time, he added, funding, and in time, servicing and collection issues, also soured.

So, he said, regulators tend to look beyond the exciting upfront issues of today’s innovation and worry about the impact of the down cycle on today’s bright ideas.

“Regulators are mission-focused on what can go wrong,” said Gerety.

Finally, he suggested that those who want to work with regulators understand that they have dual perspectives on innovation.

First, innovation increases competition, at least at the outset, and “competition is something regulators really believe in,” said Gerety. Competition that brings on increased access to services and drives increased efficiencies. Both interest regulators.

However, the other perspective is skepticism. Gerety said the regulators will probe “what is the public purpose of this innovation?”

“Mostly you will see regulators in ‘cautious exploration mode’,” right now, said Gerety. The Comptroller of the Currency coined the term “responsible innovation” when it published its white paper on innovation last year. Gerety said he believes that this describes much of the federal government’s general attitude on innovation.

Fear of missing out versus fear of failure

There is a fear of missing out on the innovation wave in many parts of Washington, said Gerety, and that will drive some action. When an audience member asked if the U.S. could fall behind other countries that have aggressively promoted fintech he said, “the short answer is yes.”

However, he emphasized that corporate strength is very important to regulators. The importance of capital to them as a form of economic security is important to understand—he said the regulatory community feels that belief was vindicated during the crisis.

While leadership will be changing in many places, Gerety said the impact of the continuity of professional staff must be appreciated. Because of this, in part, the conversation “may change less than you think. The innovation conversation is not set up in partisan ways,” said Gerety. Skepticism and enthusiasm dwell on both sides of the aisle.

Communication with legislators and regulators will be important, going by Gerety’s presentation. He pointed out that fintech and financial services in general can be quite technical. Expertise is required to work on these issues and to explain the issues and the stakes.

“These things are not totally simple,” said Gerety. For example, “the question of how will blockchain change or not change financial services is a technical question, and you need technical expertise to answer it well.”