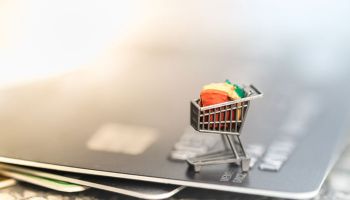 America's going to be shopping for a lot on credit in 2018, and trends appear strong.

Consumer credit performance in 2018 should perform well even as the Federal Reserve continues to gradually hike interest rates into the new year, according to an analysis by TransUnion.

“Despite expected interest rate rises, the prime rate remains well below historic norms and we believe it will remain at levels that can still be well managed by most consumers,” said Matt Komos, vice-president of research and consulting for TransUnion.

Komos and subject-area credit experts from the company recently met in a roundtable format with Banking Exchange, with the specialists commenting on performance trends and outlook in mortgage credit; credit cards; auto lending; and unsecured personal loans.

Two significant overall observations emerged from the discussion, beyond the sector by sector discussions.

One is that credit performance reflects not only consumer behavior and the market, but shifting lender strategies.

Mortgage delinquency rates may hit the lowest levels since 2005, in part reflecting significant tightening by mortgage lenders in the wake of the recession. Delinquency rates for personal loans are improving as the product evolves towards a different, higher-level target market, and sees further competition from fintech firms. In auto lending the rate of increase in delinquencies is slowing as the market and lender attitudes change. And credit card delinquencies are at reasonable levels but ticking up, reflecting card lenders’ continual tweaking of their business mix to balance risk and return.

“While auto loan and credit card delinquency rates are expected to rise, these delinquencies are not unplanned in the sense that lenders continue to steer their respective portfolios in a fashion that suggests they are still cautiously taking on some risk,” said Komos.

Another point is the observation that the substitutability of credit types seems to be increasing. With home equity lines of credit poised for a comeback, the possibility that some people will buy cars with that credit rather than traditional auto loans grows. Similarly, increasing use of HELOCs would represent cheaper credit than available through personal loans. Personal loans have been used to refinance auto loans, and increasingly as debt consolidation loans—which is anticipated to be a key purpose in continuing adoption of HELOCs.

Overall, TransUnion expects to see serious mortgage delinquencies (60+ days) continue to fall; a continuing shift away from refinance loans and towards purchase mortgages, but with resistance caused by rising home prices and tight supply; and a potential resurgence of interest in home equity lines of credit.

• Delinquencies. Joe Mellman, senior vice-president in charge of TransUnion’s mortgage business lines, says that the story of the pre-recession mortgages is now complete. Those loans remaining outstanding represent the survivors and mortgages made post-recession have been subject to tighter lender standards and increased government credit rules, such as the affordability rules of the Consumer Financial Protection Bureau.

Mellman says TransUnion expects serious mortgage delinquencies to fall to 1.65% by the end of 2018. This is the lowest level seen since 2005, when the company began tracking this measurement. By contrast, in 2009 mortgage delinquencies hit 7.16%. Factors contributing to this trend include rising employment rates, increasing salary levels, and rising home equity levels due to rising home prices.

• Volume off for 2018. While performance will continue to improve, TransUnion anticipates that there will be less mortgage lending overall. Mellman noted that refinancings have fallen by 28% and that purchase mortgages have only risen by 7% in recent months. A combination of mortgage rates rising in synch with Federal Reserve rate increases and rising home prices will slow down purchase-mortgage activity.

“There’s a lot of demand for housing,” explained Mellman, “but there are headwinds.”

Housing supplies have been tight, Mellman said. Combined with rising rates, this makes for a “double whammy,” in Mellman’s words, that has slowed the traditional pattern of homeowners moving up to larger and superior homes over time. Mellman said that an increasing number of homeowners have chosen to stay where they are, making investments in their current homes rather than moving up. This trend in turn lessens the vacating of space for private housing newcomers.

The potential impact of federal tax reform on housing has also been a dampening factor, according to Mellman.

HELOC potential. Mellman said that the level of home equity has surpassed what the U.S. saw at the height of the last housing bubble. Mellman thinks homeowners will find the opportunity to tap that equity appealing. Even putting aside tax advantages to home-equity borrowing under traditional tax treatment, he said, HELOCs typically carry lower interest rates than credit cards, as a secured form of credit.

In addition, HELOCs have long periods available before payments begin to come due, whereas credit cards have minimum payments. The tax status of HELOCs remains a “big if,” according to Mellman.

How much potential is there for HELOCs? TransUnion forecasts an increase to roughly 1.6 million new HELOCs in 2018—and 10 million through 2022. The latter is more than double the pace of originations seen in HELOCs from 2012 to 2016.

TransUnion believes the three major uses of HELOCs will be for debt consolidation to take advantage of the comparatively lower rates available on this secured credit product; financing large expenses, such as the costs of home improvement when “staying in place”; and refinancing existing home-equity-based credit.

The first reason given by TransUnion—consolidation—is notable because many unsecured personal loans made by marketplace lenders are taken out to consolidate higher-rate debt. HELOCs give banks a competitive tool against the fintech lenders.

Mellman recalled how at the height of HELOC lending—pre-crisis—access was eased, with some lenders even providing borrowers with credit cards linked to the secured lines. That faded once the crisis began. It’s possible such cards could become available again as HELOC usage rises.

Card volume up a tad in 2018, delinquencies too

Average credit card balances have grown about 2.5% in 2017, and TransUnion expects them to grow by about 1% in 2018—the fifth consecutive annual rise. The company believes this comes from increased consumer confidence based on higher employment and rising household income.

“The credit card marketplace is a strong example of the risk-reward paradigm of credit,” said Siegfried. He explained that lenders continually tweak the mix of least-risky and higher-risk consumers in their portfolios in hopes of achieving the best balance.

“Delinquencies are slowly rising,” said Siegfried, “but it’s happening at a time when many lenders feel they have the confidence to take on some risk. While the overall loss rate is also going up, the loss rate is expected to increase at a slower pace in 2017-2018 versus the compound annual growth rate since 2014.”

This credit sector will see multiple changes over the course of 2018, according to Brian Landau, senior vice-president in charge of TransUnion’s auto business area.

Landau said that 2017 marked a turning point for auto lending. After seven consecutive years of rising gains in volume, growth in auto loan balances began slowing this year and will continue to do so in 2018. One exception to the decrease in demand for more vehicles, and the concurrent need for credit, will be demand for replacement vehicles caused by hurricanes in Florida and Texas. Landau said that as many as 900,000 vehicles will be necessary to replace complete losses caused by the disasters.

TransUnion expects to see a shift to used vehicle sales as the price of new cars continues to rise, due to changes among both lenders and borrowers.

Landau said that lenders have been tightening their terms, requiring higher down payments and imposing higher interest rates to reflect the risk seen in auto lending. Landau explained that used vehicle prices have been dropping, which reduces lenders’ recovery on repossessed vehicle collateral. A key cause of this drop, he explained, is a high volume of vehicles coming off-lease.

Lenders have also been increasing their emphasis on super prime and prime plus borrowers, according to Landau, pulling away from borrowers in the prime, near prime, and subprime groups.

On the other hand, Landau said that auto borrowers appear to be more mindful of their credit usage. Average auto debt stood at $14,922 in the fourth quarter of 2009. In the fourth quarter of this year TransUnion expects it to finish at $18,588 and to rise to $18,694 in the last quarter of 2018. He pointed out that consumers seeking cheaper options will be drawn to the rising supply of used vehicles, currently selling at lower prices.

Landau also pointed out that the cost of ownership of vehicles in general continues to be lower as fuel costs remain at lower levels.

A wrinkle in the auto finance area is auto loan refinancing. For the most part this has been a play for credit unions and for certain fintech lenders promoting lower rates on the refis. Landau said that this activity remains small compared to the overall auto credit market.

Landau said that serious auto lending delinquencies (60+ days) will continue to rise in 2018 but at a slowing rate.

A significant change has been underway in the personal loan market, according to Jason Laky, senior vice-president in charge of consumer lending for TransUnion. A significant part of this evolution has been driven by the growing role of fintech lenders in this credit type, but growing emphasis on personal loans by banks and credit unions is also playing a part, according to Laky. Now that marketplace lenders have overcome some of the funding issues seen in 2016, they continue to be a strong competitive factor. In addition, new large players such as the Goldman Sachs Marcus platform have been coming on stream.

TransUnion expects that unsecured personal loans will continue to rise among prime and higher borrowers. This will lead to higher balances overall and lower delinquency rates.

“The fact that originations are skewing toward lower-risk consumers bodes well for the overall delinquency rates,” said Laky, “and is especially important as consumer debt per borrower is expected to extend to nearly $8,500. This is significant considering that it would prove to be a 35% increase from levels seen just a few years ago at the end of 2013.”

TransUnion figures indicate that personal loan delinquencies (60+ days) have been falling since 2013 and will tick down further in 2018, the company projects.