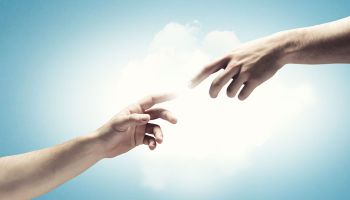 Banks may be seeing continued revision of federal regulators' approaches in coming months as efforts to simplify and tailor regulations gain traction.

The concept of tailoring regulation to better fit a bank’s size, complexity, and activities was explored in detail in a white paper commissioned by the American Bankers Association, and elsewhere, during the Obama Administration. The idea didn’t gain much traction in those years. More recently, some aspects of pending legislation have picked up the idea.

Quarles, in a speech Jan. 19 before the annual meeting of the American Bar Association’s Banking Law Committee, gave a detailed summation of where regulatory reform is going at the Fed. He discussed what’s already happening, what’s on the immediate agenda, and what’s being reviewed for further action.

Tailoring regulatory demands to the bank being regulated, rather than imposing “one-size-fits-all” requirements, has appealed to the industry for some time, especially in the wake of the Dodd-Frank Act. A broad feeling has been that smaller banks often labor under rules conceived for the largest institutions.

Quarles noted that post-crisis the Fed has worked on tailoring regulation and supervision by size. One example he gave was a late 2017 proposal to simplify capital requirements for small- and mid-sized banks. Much more needs to be done by the Fed and other banking agencies in this regard, he said.

Quarles also said he favors expanding the effort beyond tailoring by size.

“I would emphasize that tailoring is not an objective limited in scope to a subset of the smallest firms,” said Quarles. “As my colleagues and I have said before, the character of our regulation should match the character of the risk at the institution.”

Quarles spoke at some length of what might be done here.

He addressed regulation of “non-G-SIBS”—larger, non-Global Systemically Important Banks. He said he supports congressional efforts on tailoring, which would touch on such matters as raising the current $50 billion statutory threshold for application of enhanced prudential standards. He added that no matter the outcome on Capitol Hill, the Fed should do more on its own.

Quarles spoke about large non-G-SIBS that don’t on their own pose a risk to U.S. financial stability.

He pointed out that the Fed has already done some of this, but that more is warranted.

In opening his speech, Quarles summed up post-crisis regulation as “broad in scope, complicated in detail, and extraordinarily ambitious in its objectives.”

He said that the U.S. has a stronger and more resilient system in the wake of reforms to capital regulation; stress testing; liquidity regulation; and improvement in resolution of large firms.

However, “now is an eminently natural and expected time to step back and assess those efforts,” he said. “It is our responsibility to ensure that they are working as intended and—given the breadth and complexity of this new body of regulation—it is inevitable that we will be able to improve them, especially with the benefit of experience and hindsight.”

Quarles said he believes that regulators now have a chance to “improve the efficiency, transparency, and simplicity of regulation.” His preference, he said, given a choice between two approaches, would be to opt for the one less burdensome for banks as well as regulators.

Quarles covered many aspects of regulation. Among his updates:

• Leverage ratio recalibration. Quarles called this a “highest-priority” initiative for the near term and said a proposal would be published soon.

• Resolution planning. Much progress has been made by the firms covered. Quarles called for less frequent updates and simplification for banks that are not as significant in terms of systemic risk.

• Internationally active banks. Quarles said the measurements used to identify such institutions are over a decade old and that refinement must be explored.

• Loss absorbency requirements. This is a very complex area that Quarles thinks can be simplified

• Determinations of control. Quarles said these standards under the Bank Holding Company Act have developed “piecemeal” and are “ripe for re-examination.”