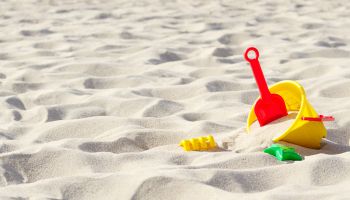 While federal banking regulators have resisted regulatory sandboxes, Arizona has stepped ahead of the nation and other states. But there's a significant wrinkle.

At fintech conferences, ties are not only optional, they number in the decimal places in ratio to the crowd. So when Arizona Attorney General Mark Brnovich took the podium in a breakout session at LendIt Fintech this week in a suit, sneakers, and sans tie, he couldn’t resist a little joke.

This was the same day—April 10—that Facebook’s Mark Zuckerberg was to testify before members of two Senate committees. Zuckerberg’s testimony-wear, including a tie, was a very different look for the social media executive.

But Brnovich (pronounced “Burn-oh-vitch”) was appearing to discuss something of more than sartorial significance. Recently Arizona had become the one, and so far, only, state to adopt a “fintech sandbox,” approved by Arizona legislators earlier this year. Atypically for a financial services program, the new venture was placed not within the state’s banking regulatory apparatus but under Brnovich’s office. Officially it is called the “Regulatory Sandbox Program.”

Building a sandbox in a desert state

Brnovich said he believes that the things that may help financial consumers the most may not have been in invented yet. “As long as people are playing by the rules,” he said, “we should not stand in the way of innovation.” This was the thinking behind the new program, according to Brnovich.

Brnovich said the regulatory sandboxes established in the U.K., Singapore, and elsewhere have been attracting innovators—and investors—“who are coming up with better mousetraps.”

Meanwhile, he said, “what we were seeing at the federal level was inaction.”

He said that nothing gets done in Congress and that waiting for federal banking regulators to act was a “vain hope.” Brnovich and his office were extensively involved in efforts to develop the legislation.

A subject of much discussion at the conference was the pending fintech charter proposal out of the Comptroller’s Office. That had entered a holding pattern in the closing days of Comptroller Thomas Curry’s time at the agency and during the time of Acting Comptroller Keith Noreika, and it has been subject to two legal challenges. During the conference, in remarks at a government relations meeting of the Independent Community Bankers of America, new Comptroller Joseph Otting said that OCC would announce a decision regarding the future of the fintech charter proposal within 60-90 days. Otting has made it clear that he is still examining the issue and is not necessarily going to embrace it.

Brnovich explained that the state’s new program will enable fintech newcomers to Arizona to go to his office and launch programs involving up to 10,000 people with minimal initial involvement from the state’s banking and insurance regulators.

The attorney general argued in favor of the move to put this in his office, defending it as a consumer protection measure. Housing the sandbox in his office makes sense, he said: “That seems to be the last place you want to be to scam someone out of their money.” His office will have access to participating fintech’s books.

“I don’t know what to expect,” said Brnovich, though he noted that the U.K. sandbox effort has launched approximately two dozen new companies. He said that he has advised his staff to think less like prosecutors and to see things through the eyes of entrepreneurs. He said he had already sent letters to the Consumer Financial Protection Bureau and the Treasury Department asking for waivers for sandbox participants from certain federal regulations.

Brnovich noted that many times states have been laboratories for financial innovation, an opportunity to try out ideas. He suggested that Arizona’s effort could connect with similar programs in other states in the future, in order to produce multi-state compacts. (Interstate banking’s adoption began with state laws that gradually hooked into regional state compacts in multiple regions.)

Brnovich’s speech was part of a day-long track that examined federal and state policy issues for fintech and banking. Earlier in the day, attendees of the track heard a separate speech by Jan Lynn Owen, commissioner of the California Department of Business Oversight. (The department reflects a merger of the state’s departments of Corporations and Financial Institutions earlier this decade.)

In her speech, Owen displayed significant skepticism about what some innovators have in mind and she said plainly that she is “not impressed” by the idea of sandboxes.

She cited consumer protection concerns as a key reason for her skepticism. She recalled a meeting with representatives of Square where the idea of a California sandbox came up. She said the fintech firm’s executives had little to say when she asked about consumer protection in the hypothetical sandbox.

Owen added that she had read the various followup reports on the U.K. Financial Conduct Authority’s sandbox—launched under the auspices of FCA’s Project Innovate. Again, she said she had been “unimpressed.”

The regulator urged listeners instead to pay attention to the Vision 2020 program conducted among state banking regulators under the cooperative guidance of the Conference of State Banking Supervisors. This work is proceeding along several fronts.

In February, for example, the program announced the first step in a streamlined approach for licensing money service businesses. An initial group of seven states agreed to a mutual compact that standardizes key elements of the licensing process for such firms. (The states are Georgia, Illinois, Kansas, Massachusetts, Tennessee, Texas, and Washington. Others were expected to follow.)