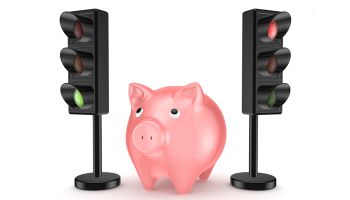 Amid speculation regarding whether states will step in to replace pressure from a Bureau of Consumer Financial Protection widely perceived as easing, the new head of the state banking regulators’ group no change was needed.

“I have been often asked that if the CFPB pulls back, will the states fill the void?” said Charlotte Corley, chair of the Conference of State Bank Supervisors for 2018-2019. “My answer: We will apply the same rigor to consumer protection as we always have and always will.”

In part of her speech at the group’s March State-Federal Supervisory Forum on May 9, Corley, commissioner of the Mississippi Department of Banking and Consumer Finance, spoke of the varying levels of the banking industry that her department and others work with. Some states are canted more towards community banking, while other state banking departments regulate some of the largest banks in the world as well as large regional institutions. Beyond that many regulated nonbanks.

“These cases are no walk in the park,” she said. “Recently, it took me three full years and large legal fees to close down a rogue payday lender. But, we couldn’t and wouldn’t back away from protecting our consumers from egregious practices.”

Corley added that states have worked together to use enforcement to press multi-state consumer protection cases.

Corley also reviewed the CSBS Vision 2020 program, which among other measures is working on a nationwide integrated licensing and supervision system for traditional players and newer fintech players. She said the related fintech advisory panel has already held several meetings, including “deep dives” on lending and money services. A next-generation tech platform for state regulatory agencies is also in the works.

Both measures should dramatically improve the licensing for fintechs and other nonbanks, Corley said. “We are working towards deploying the new systems next year,” said Corley.