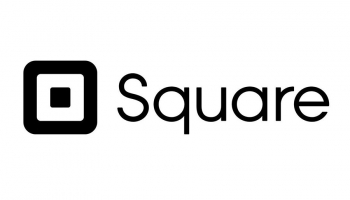 Square announced last week that the FDIC has approved its application of its banking subsidiary Square Financial Services. The management team will be led by Chief Executive Officer Lewis Goodwin and Chief Financial Officer Brandon Soto, and will be based in Salt Lake City, Utah.

The company also announced significant plans to hire new employees in Utah while receiving a charter from the Utah Department of Financial Institutions.

In a press release, Jacqueline Reses, Executive Chairwoman of the board of directors for Square Financial Services stated, “We appreciate the FDIC’s thoughtful approach to our application, and their recognition that Square Capital is uniquely positioned to build a bridge between the financial system and the underserved. We’re now focused on the work ahead to buildout Square Financial Services and open our bank to small business customers.”

While the FDIC cleared the way, Square Financial services plans to launch sometime in 2021 focusing first and foremost on commercial lending for small business loans and deposit products. Wall Street analysts were impressed that Square was given the charter given the difficulty it usually poses to new entities.

A KeyBanc analyst said, “The conditional approval suggests that Square is uniquely positioned to offer a broad suite of financial services such as loans and deposits to small businesses and consumers, which are underserved by the traditional banking system. Square is likely to benefit from platform breadth, product velocity, customer experience and risk mitigation through direct ownership relative to third-party dependence.”

Like many companies, however, Square has lost almost half of its market cap since the outset of the coronavirus. Since the company has focused on small businesses that will likely be disproportionately hurt by a continued slow down in the economy, investors have been less enthusiastic about the business model in the short term.

A Morgan Stanley analyst stated that he felt that the offerings will be limited to existing offerings at least until the present market conditions change. He said, “We continue to believe that the seller business is likely to enjoy better long-term profitability and valuation.”

Square’s banking initiatives and its existing deposit services portfolio could bring significant disruption in the banking sector, which will continue to challenge traditional banks. The present market conditions will likely accelerate the trend towards digital banking.