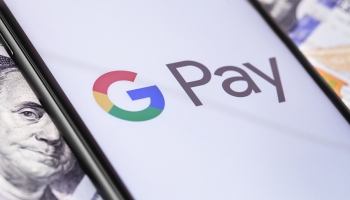 Tech giant Google is targeting a significant share of the US digital banking market with a series of deals with US banks.

BMO Financial Group is the latest to announce an agreement to use Google Pay as the platform for new digital checking accounts.

It follows announcements from BankMobile and Coastal Community Bank of similar deals with Google Pay to launch accounts from next year.

BMO’s statement about its partnership stated that it was one of eight banks to have agreed to launch digital accounts with Google Pay. According to a recent article on technology news website TechCrunch, other banks partnering with the tech company include BBVA, First Independence Bank, and SEFCU.

“This collaboration with Google is a fantastic next step in BMO's growth strategy,” said  Erminia Johannson, group head of North American personal and business banking at BMO Financial Group.

“Google Pay allows us to reach new customers and extend the BMO brand more broadly through a platform that helps customers make real financial progress. We continually seek partnerships of this nature that allow us to accelerate growth through customer-centric innovation.”

Felix Lin, vice president of payments ecosystems at Google, said the company selected BMO as a partner because it was a “well-respected bank with a proven ability to deliver innovative, customer-centric digital financial services.”

The digital checking accounts are to be built on BMO’s existing infrastructure, with Google providing the front-end technology and user interface.

The partnerships with Google could also help the banks involved make headway in the developing world of mobile wallets – smartphone-based payment systems based on digital replicas of debit or credit cards.

According to data from Statista and LearnBonds.com released earlier this year, Google Pay and its rival ApplePay held a 99% market share between them in the US and Europe due to the predominance of the iOS and Android operating systems for smartphones.

Meanwhile, Klarna, a European digital bank and payments company, has partnered with Google Pay to facilitate in-store digital payments across the US. The first retailers to introduce Klarna/Google Pay payments will be cosmetics chain Sephora and clothing companies Journeys and rue21.

David Sykes, head of US at Klarna, said his company wanted to provide customers with “a seamless, contactless shopping experience as stores reopen and the pandemic continues to affect communities across the nation”.

Two thirds of retailers now accept “some form of no-touch payment”, including contactless payment cards and smartphone-based digital wallets, according to a study by the National Retail Federation (NRF) and market research company Forrester.