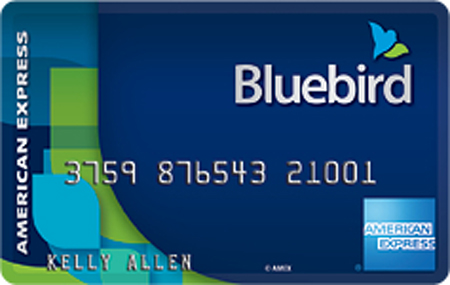 The new "Bluebird" card, built from a pilot effort, goes live next week. For banks, it may not be the fabled "bluebird of happiness."

The politicians do not have to repeal the Dodd-Frank Act--Walmart has done it for them.

The company announced earlier this week that it was offering a new cash card in association with the Travel Services Division of American Express. This effort raises a series of questions as to whether a major slice of consumer finance activities has now slid into the shadow banking market, away from the scrutiny of the regulators.

It raises the issue as to whether the country will now deal with a two-tier financial system.

One tier is heavily regulated.

The other is not regulated and where funds are transferred between companies in a murky area of non-disclosure.

Is this what Dodd-Frank was all about?

Walmart announced earlier this week that it is launching a cash card in association with American Express called Bluebird. Some of the details surrounding the new card are as follows:

• It has been created to serve the "un-banked, under banked, and unhappily banked"--i.e., those people who cannot get banking services because they are too pricey, or who believe they are paying too much for banking.

• The card will take advantage of advanced technological capabilities in receiving deposits such as smartphone and mobile billpay.

• As is frequently the case with all cash cards, there will be no minimum balance required and no monthly, annual, or overdraft fees.

• Money can be deposited through direct deposit, remote check capture via the Bluebird Application, using cash at a Walmart store, or by linking a checking, savings, or debit card account.

Additional options will be added for depositing funds in 2013.

No question this is a good deal for many consumers. (The consumer pitch page can be found here.) Walmart claims that the average bank account costs $259 per year.

How is Walmart paid?

Walmart steadfastly refused to indicate how it is being paid to provide this service in its conference call with the press (there was no call with analysts). Therefore, one can only speculate as to how Walmart benefits:

• It may be gaining customers to sell its commercial products by increasing traffic in its stores as a result of making the Bluebird product available.

• It may be receiving a commission from American Express every time cash is loaded into the Bluebird card.

• It may be sharing in the return on the float.

Walmart will be collecting deposits through direct deposit accounts. It receives fees as a consequence of its lending activities through its credit cards. Plus, it hedges its business operations in the financial markets.

I can find virtually no information about any of these activities in the company's annual report and 10K. However, companies engaged in collecting deposits and lending money are by definition banks. Banks are not allowed to be involved both in banking and commercial activities. It appears that Walmart is involved in both.

The Durbin Amendment to the Dodd-Frank Act sets prices on interchange fees. Walmart avoids these price controls because its new product is not called a debit or cash card. It is being handled by American Express as if it were a traveler's check. Presumably, by using this technique, Walmart avoids Durbin and it can receive whatever "commission" American Express chooses to pay on these cards.

This begs the question, are nonbank companies allowed to create whatever consumer financial services products they want to, because they are not chartered banks? Won't this incent the creation of a large shadow consumer finance market?

What's the impact on banks

I estimate that the average retail bank loses money on approximately 25% of its customer base. Yet these same customers are very profitable if serviced by the shadow banking market--i.e., those nonbank providers of wire transfers, check cashing services, bank cash cards, and payday loans. This would argue that if the banks were somehow able to move these customers off of their balance sheets and into the shadow banking market they would benefit--an odd incentive for compliance.

If Walmart is able to go up-market with its products, it will hurt the banks. This is because banks are now relying on price increases on many of the products that Walmart hopes to give away under its new card arrangement.

Moreover, if Walmart gets away with doing banking as a retailer, many more retailers are likely to enter the fray. The price competition they represent for banks will be formidable.

None of the banks I called on the day of the announcement were aware of what Walmart is doing, so it will take some time for an impact to be felt. At this point, this is just a development that must be monitored to determine its impact.

My assumption is that it will not be small.