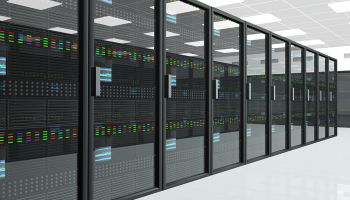 The importance, role and functionality of data centers will change over the next five years, leaving many organizations unclear on how to plan their future data center architectures, according to Gartner, Inc.

Technical, fiscal, and service delivery concerns will be critical and organizations should plan around eight forces to shape their best data center strategies, it says in its report "Eight Critical Forces That Will Shape Enterprise Data Center Strategies for the Next Five Years."

"Over the next five to ten years most organizations will need to change their approach to previous data center strategies used in the last five to seven years, as most of the world comes out of recession and the Nexus of Forces (social, mobile, cloud, and information) affects technology use,” says Rakesh Kumar, research vice president at Gartner. "Historically, data centers have been viewed solely as service delivery centers in which cost and risk must be balanced. Agility, a critical third variable, will become increasingly important in the future."

Agility is the speed at which the IT organization responds to business needs such as greater use of mobile and social information to market products, or contactless payment systems. The ability of the IT organization to respond quickly to these changes will be a reflection of its agility.

•   Start deploying processor-, memory-, and power-efficient technologies—The next few years will bring significant enhancements to process architectures and the economics of processor and memory components will change. In-memory computing, where the primary location for application data is the main memory of the computing environment, will become more widely used, helped by ever-cheaper DRAM [dynamic random access memory] and NAND[a type of logic gate] flash memory. At the same time, the use of low-energy processors in servers will increase, with the potential to significantly reduce energy consumption costs.

•   Move toward a balanced architectural topology and delivery model—The architecture of systems deployed in data centers will change over the next five years and the topology of the data center delivery model is also changing. The use of cloud and a range of hosting providers will continue to increase over the next few years as many organizations shift their IT spending from capital expenditure to operating expenditure. The boundaries between the traditional types of infrastructure outsourcing—managed hosting, data center outsourcing (DCO), and DCO-related services such as remote infrastructure management—are becoming blurred. Gartner predicts that these markets will converge over the next ten years as providers increasingly deliver their services on cloud-enabled system infrastructure.

•   Invest in operational processes and improved tools—Enterprise data centers are centralized and highly critical IT service delivery hubs relying on well-orchestrated operational processes. This involves understanding, documenting, and constantly reviewing end-user service levels and mapping them back into the core IT delivery capabilities. The major areas of concern are around change, problem, configuration, and asset management. Looking ahead, areas such as enterprise security, data management, and mapping business processes to core IT processes, will become even more critical—and as agility becomes an increasingly important measure of data center value, improvements in operational processes are vital.

•   Integrate disaster recovery and business continuity into your core data center strategy—With socioeconomic turbulence in many regions of the world and changes to corporate governance affecting many business areas, strong and well-documented disaster recovery (DR) and business continuity (BC) planning is essential for all large data centers. However, this must evolve from a separate, specialized project plan into an integral part of the overall data center strategy. The move away from a "just-in-case" strategy to making BC and DR a part of continuous data operations will reduce cost and potentially improve agility.

•   Manage capacity growth through data analysis—Over the next five years, most organizations will notice a significant increase in hardware (storage, server, and network) capacity, extending to network traffic, data center floor space, power, and cooling. As organizations start developing the next generation of applications based on the Nexus of Forces, there will be a surge in demand for storage and backup systems and new roles, such as data engineers, will multiply. This increasing but nonlinear capacity is a key force that must be considered in all data center strategies.

•   Plan for operating system and application changes—During the next five years, changes will be made to the operating system diversity in most large data centers. A steady migration away from UNIX onto the Linux platform will take place, the Windows environment will continue to grow and the IBM Z O/S will see expansion in certain geographies and contraction in others. These changes will be significant, causing disruption to hardware architectures, application designs, and service levels. Gartner recommends UNIX migration plans start by 2014 for all applications, except those with extreme uptime, latency, and compliance requirements. Other applications with sensitive client information/access can occur later, around 2017.

•   Make consolidation and rationalization a continuous change program—Data center consolidation has been a topic of discussion for many years, but many large IT organizations struggle to reap the real benefits because they are complex projects spanning many years and often affect a range of applications. Additionally, in large projects, organizational and political issues often complicate matters. Organizations should position these activities as a continuous change rather than a one-off project. Continuous optimization of hardware and physical sites will mean that infrastructure and operations groups are more likely to run at an optimum cost level. They are also able to plan changes better, such as shutting down a physical site.

•   Modernize data center facilities—Changes in the hardware infrastructure environment have focused a lot of attention on the capabilities of data center facilities. The problem lies in the amount of power and cooling that new high-density infrastructures require. Most data centers are not designed for such power increases and the commensurate rise in costs is typically unsustainable when using older facilities. Data center managers must modernize the capabilities of their facilities to handle both the emerging hardware technology and the escalation in energy consumption as a result of projected growth in server volume. Another important consideration is when to deploy software tools that report, manage, and control a data center's power and cooling elements. Data center infrastructure management tools should be considered as a vital part of data center management.

"These eight critical forces are the major factors to consider when developing a data center strategy," says Kumar. "Individually and taken together, they will determine the appropriate level of risk, cost, and agility that data centers will carry and provide for the business. This model should be the starting point for mid- and long-term data center strategy discussions."