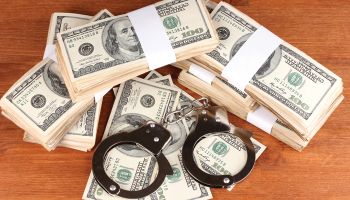 Attention being paid by senior management to money laundering challenges is at an all-time high according to findings from a new KPMG International report.

Nine in ten of respondents (88%) said that AML issues are back at the top of the agenda for senior management rather than being squeezed by competing priorities, as has been the case in similar studies over the past ten years (up from 62% in 2011).

A majority of respondents (84%) stated that money laundering is considered a high risk area within their business risk assessment, further emphasizing how seriously management deems failures to meet the regulatory requirements.

“Anti-money laundering has never been higher on senior management’s agenda, with regulatory fines now running into billions of dollars and regulatory action becoming genuinely license threatening,” says Brian Dilley, global head of the Anti-Money Laundering Practice at KPMG. “Financial institutions are making significant changes in response to increasingly far-reaching global AML regulations; revision of the Financial Action Task Force’s recommendations and the U.S. Foreign Account Tax Compliance Act having an impact. These initiatives have quickly changed the AML scene from a standalone function under compliance, to an increasingly complex and overarching approach cutting across legal, risk, operations, and tax.”

While the pace of regulatory changes is a big challenge for financial services firms, most organizations are planning to invest more. In fact, costs continue to rise at an average rate of 53% for banking institutions. This exceeds the previous prediction of a rise of 40% in 2011.

Accurate cost forecasting is vital for informed decision making, but remains a key area of weakness due in part to the number of regulatory change announcements and the speed in which new regulations are expected to be implemented. Senior management is likely to continue to underestimate AML expenditure unless lessons are learned from past mistakes.

With the volume of regulatory changes, questions are now being asked as to whether it is possible for a global institution to run a fully compliant AML program. Four in ten respondents (43%) indicated that a stronger relationship with regulators would be a welcomed change in approach, as compared to only 14% saying the same in 2011.

Respondents in Western Europe and the Americas were most interested in receiving additional regulatory guidance. A quarter of respondents in Asia Pacific would like a less prescriptive approach, potentially due to the geographical spread of this region and the corresponding numerous and sometimes conflicting requirements. Management in the Middle East and Africa would like to see increasing international cooperation to facilitate consistency of approach and as a means to learn from their counterparts in other countries.

A consistent regulatory approach was cited as the top AML concern, with 84% of respondents indicating that the pace and impact of regulatory changes are significant challenges to their operations.

“Despite annual expenditure that is likely to exceed $10 billion in the next couple of years, institutions continue to fall foul of regulatory expectations, which seem to change more regularly than in the past. Minimum compliance with regulatory obligations is no longer enough to stay out of trouble, when you strive to meet a higher standard, but fail,” says Dilley.

Additional highlights of the study include:

• Financial organizations are crunched for time. Nearly one in five (16%) of respondents say they won’t be FATCA-compliant by the IRS deadline of July 2014.

• Outsourcing and off-shoring are growing trends. To date, 31% of respondents had outsourced and 46% had off-shored some of their AML functions. This is despite senior management concerns regarding a perceived lack of control and oversight, data confidentiality concerns, or a lack of cost savings. Half of respondents expect this practice to increase in the future, as compared with only 20% of respondents who said the same in 2011.

• Politically exposed persons (PEPs) continue to leave organizations exposed. Financial institutions are more focused than ever on the need to exercise more scrutiny over PEP transactions as evidenced by the degree of senior management involvement in the sign-off process for high risk relationships (82% of respondents said this was the practice at their organization).

• Sanctions compliance is still a sore spot. More than 70% of respondents find sanction screening systems effective in their organization; however, only 42% said they test the system for effectiveness at the implementation stage.

• There is room for improvement in the adoption of a global approach. Only 32% of the respondents who have a global policy are able to maintain global consistency across subsidiaries and branches.

Dilley concludes, “Despite some positive steps and evident strides in coming to grips with the 21st century challenges posed by money laundering threats, regulators and the financial services industry continue to lag behind today’s globally connected money launderers. It is essential that regulators implement a consistent regulatory approach, but also foster a closer working relationship with industry professionals in order to leverage each other’s resources, aligning mutual interests in order to ensure that money laundering doesn’t pay off.”

The survey results are based on responses from 317 AML and compliance professionals in the top 1,000 global banks.