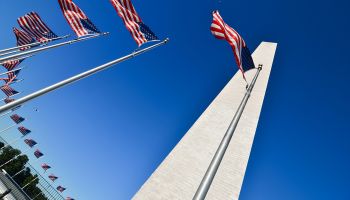 The breakout session room had several mikes situated so bankers attending last week’s ABA Government Relations Summit could walk up to pose questions to a delegation from the Comptroller’s Office.

But Vermont banker Steve Marsh said he’d speak from his seat, all the way in the back row, “because hollering will feel good.”

Marsh began by explaining that his $573 million-assets Community National Bank was a national bank because he and his board liked the job OCC does. However …

Community National spends almost 20% of its revenue on the costs of being regulated, said Marsh, chairman, president, and CEO. The banker said that his last ten hires were not in customer contact positions, all because of the burdens of regulation.

“I am so frustrated with what is going on,” said Marsh, “and seeing my fellow community bankers deciding to throw in the towel.”

Marsh paused, and added, “Sorry, but hollering sure felt good.”

What OCC had to say

John Lyons, senior deputy comptroller and chief national bank examiner, drew an ironic chuckle or two by thanking Marsh for saying that he appreciated Community National’s approval of the way it regulates. Then he grew serious and addressed the banker’s frustration.

First, Lyons said OCC recognizes that national banks pay more for federal regulation. They not only pay FDIC assessments, but also OCC’s own fees. He said that OCC is looking at how that could be addressed, though he said the agency valued its independence from the normal appropriations process, by virtue of its fees.

He acknowledged the growing costs of regulation, but pointed out that “Dodd-Frank was handed to us.”

When Carolyn DuChene, deputy comptroller for operational risk, spoke to the group, she gave a warning that was both broad scale and very specific.

“We’re concerned about the volume and pace of change, and changes in the bank business model,” said DuChene.

“Front and center” at OCC, she said, was concern about cyber risk and risks of increased dealings with third parties, and outsourcers generally.

DuChene noted that the agencies’ new guidance on third-party risk, issued last October, built on more than a decade’s experience since the agency last issued such documentation.

It was no coincidence that DuChene brought up the two risks together. OCC is concerned about the overlap between cyber risk and third party risk.

During general sessions at the Summit, several commenters put some numbers to the recent Target hacking debacle.

Kathleen Murphy, president of the Maryland Bankers Association, told Summit delegates that the Target breach had cost members of the state association $125 per card.

Warnings from the regulators 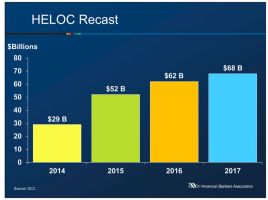 • HELOC watch. Benhart, picking up on a theme from the agency’s Semiannual Risk Assessment, urged bankers to keep an eye on home equity lines of credit already in portfolio.

“We’re encouraging people to look at what happens at the end of the draw period,” he said, before each customer hits that point. The concern is that customers will have difficulty repaying their lines when the arrangements enter that phase.

• Liquidity. Benhart also advised bankers to examine their liability side to see how their banks would fare if there was a runoff in nonmaturity deposits. 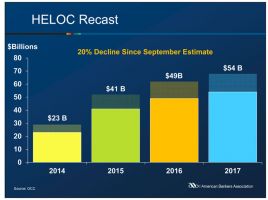 Loan loss methodology. Lyons advised listeners to stay up to date on the pending changes to the methods for setting the allowance for loan and lease losses. He noted that the model favored by the Financial Accounting Standards Board, the “Current Expected Credit Loss” approach, has been endorsed by OCC, FDIC, and the Federal Reserve. (ABA has been fighting this approach in favor of an alternative method proposed by the banking industry.)

Lyons said that the model should not result in significant additions to reserves. He added that several years will likely pass before any such changes become mandatory, especially as FASB wishes to act in conjunction with the International Accounting Standards Board, which isn’t as far along in its work.

• Flood insurance. Grovetta Gardineer noted that more changes in federal flood insurance regulations would be coming in the wake of the recent corrective legislation passed and signed by the President.

“Some real changes took place here,” she said, including an extension to the original effective date. (To read more about the changes, see Nancy Derr-Castiglione’s most recent Common Sense Compliance blog.)

• QM issues still in play. Benhart indicated that a mortgage loan’s status as QM or non-QM would not be the primary differentiator of credit quality for OCC examiners.

“You can have high-risk QM loans and you can have low-risk non-QM loans,” said Benhart. He indicated that one agency concern about non-QM mortgages is the current lack of a secondary market.

“That’s something to be dealt with,” Benhart said.