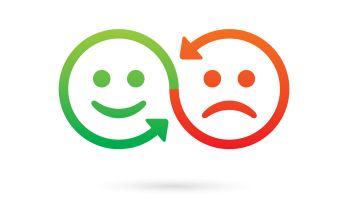 A pair of banks engineered a unique trade of branches, deposits and loans, and in doing so they provided a new template for community banks that are looking to unload physical locations in certain markets while gunning for greater stakes in others, analysts say.

"It's a novel and creative way to go about it," Matthew Schultheis, a Boenning & Scattergood Inc. analyst, said in an interview. "It makes a lot of sense, frankly."

Details of the deal

The deal, which is slated to close in the third quarter, calls for substantially all deposits and certain loans assigned to the branches to transfer. All of First Bank's performing loans located at its Virginia branches will transfer to First Community Bank, and a like amount of First Community Bank's loans located at the six branches in North Carolina will move to First Bank.

The two companies estimated that up to $175 million in loans will transfer at par value between the two.

Richard Moore, CEO of First Bancorp, said in an interview that there may be a small amount—a few thousand dollars—exchanged at closing to cover deposit premiums, but by and large the deal is a simple trade.

"This is an arms-length, straight-up swap," Moore said, noting that it was simple enough that an investment banking adviser was not needed to provide a fairness opinion. "We worked really hard to make it fair and even for both sides."

Moore said the two banks did not realize their deal was unique when they inked it. But based on conversations with analysts and investors since announcing the arrangement on March 4, Moore believes that it is a first-of-its-kind trade involving multiple branches, at least in recent memory. "That's what I am hearing and getting from everybody," he said.

Trading for better fit and efficiency gets attention

Gabelli & Co. analyst Steven Comery said in an interview that he was not aware of any other similar deal. But he noted that, for the banks involved, "It seems like a pragmatic move. … You deepen your hold on your core market and grow share, rather than stretch," he said.

Schultheis of Boenning & Scattergood agreed and said the First Community/First Bancorp deal may be the first of this kind, but it may not be the last. He remarked that community banks all across the country are "taking good, hard looks" at their footprints, hoping to concentrate precious resources around the markets they know best and the ones in which they are most confident they can grow lending.

The same thinking applies to business lines. Schultheis said many community banks are reconsidering non-core operations such as wealth management units. If such units are struggling to generate notable returns or if a bank determines that competitors simply have impenetrable market control on a particular business, Schultheis said, banks are likely to look increasingly to sell non-core units and reinvest the proceeds into growth business lines.

Schultheis also noted that, in the modest-growth era in which banks have operated for years, most of them have developed a keen focus on containing costs and running efficiently. With the possibility of higher interest rates on the horizon—Federal Reserve policymakers have said they could later this year build off of an initial rate hike in late 2015—the analyst said many community banks are eager to devote as many resources as they can to bread-and-butter lending and deposit gathering, and to do so in the markets where they have the greatest expertise.

"I've heard enough bankers talking along these lines now to be confident that many do want to sharpen their focus," Schultheis said.

Moore, First Bancorp's CEO, remarked that the First Community/First Bancorp deal fits into that view of bankland. He said both banks saw the deal as part of respective strategies to deepen their presences in their home states, where they know their markets best.

Why the deal works

First Community Bancshares Chairman and CEO William Stafford II did not respond to an interview request in time for this post. In a press release announcing the branch exchange, he noted that the deal would fortify the foundations of both companies' footprints. "Through this transaction, both banks achieve further concentration of our banking operations in our respective core operating markets," he said.

Moore said branch swaps are not likely to become commonplace because it is hard to find neighboring banks that are looking to both unload and pick up a similar amount of branches. But he also said banks are increasingly looking for creative ways to gain market share, and now that this kind of deal has been done once, more are likely to at least investigate it as an option.

"It may kick off something," Moore said. "Maybe this will spur others to take a look at their maps and start talking with friendly competitors."