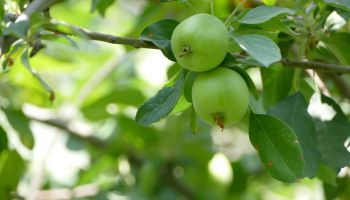 A federal judge says a decision on the key question of whether OCC is empowered to issue fintech charters cannot be addressed yet.

For more than a year discussions of the possibility of a national fintech bank charter have excited or annoyed players on both sides of the fintech/banking landscape. The concept has provided fuel for countless conference panels and two separate lawsuits challenging the Comptroller of the Currency over the proposed charter.

Yesterday U.S. District Judge Naomi Reice Buchwald of the Southern District of New York dismissed one of those lawsuits, Vullo v. Office of the Comptroller of the Currency. The judge dismissed the suit of the New York State Department of Financial Services, headed by Maria Vullo, against OCC on the grounds that the matter is not “ripe” for a decision on the legal ability of the Comptroller’s Office to issue such specialized charters.

Sometimes lost in the chatter about the fintech charter has been the realization that the idea, first advanced by former Comptroller Thomas Curry, an Obama appointee, has remained a work in progress.

Indeed, at the recent RegTech Enable conference in late November, OCC’s Beth Knickerbocker, chief innovation officer, characterized the proposal as “on hold.” This was in keeping with former Acting Comptroller Keith Norieka’s public statements indicating that OCC was still weighing the matter, and the absence of any statement on the subject by new Comptroller Joseph Otting since his swearing-in on Nov. 27.

Judge Buchwald’s decision recapped the history of the proposal at length. Her decision came down to this sentence: “Claims are not ripe if they depend on the occurrence of contingent future event that may never occur at all.” Federal law contains multiple means of determining “ripeness” and the judge’s opinion found that none had been met.

“In the absence of a ‘Fintech Charter Decision,’ DFS’s purported injuries are too future-oriented and speculative to constitute an injury in fact,” wrote the judge.

She pointed out that no injury would occur if OCC never issues such a charter to a fintech company. Several fintechs have applied for existing types of charters during 2017, among them Varo and Square. OCC has stated on multiple occasions that no requests for a charter under the proposed fintech charter framework have been filed.

Judge Buchwald noted that waiting for a final decision by OCC would serve several purposes.

First, she wrote, in a time of much change and potential change in federal banking regulation, a decision should wait until the appropriate federal statutory and regulatory provisions in effect at the time a charter is issued can be weighed.

Second, waiting would “eliminate the possibility of entertaining a new suit every time the OCC takes another interim step toward a final decision.”

Finally, she wrote, a delay would “save the Court from issuing a decision that may turn out to be unnecessary if the OCC never issues a fintech charter or does so under a different statutory or regulatory framework.”

Clearly, the possibility that a decision could be reached based on “ripeness” was no surprise. Judge Buchwald’s decision reflected arguments made on that score by both the plaintiff New York and the defendant OCC.

Reaction from New York and CSBS

In a statement issued after the ruling’s publication, New York DFS Superintendent Maria Vullo said that, “As we have asserted, the OCC lacks the authority to issue fintech charters under the National Bank Act, an issue the Court did not reach.”

Vullo also expressed appreciation for a point Judge Buchwald made her decision; Buchwald said that “it would be sensible for the OCC to provide DFS with notice as soon as it reaches a final decision [on the status of the proposed charter] given DFS’s stated intention to pursue these issues and in consideration of potential applicants whose interests would be served by the timely resolution of any legal challenges.”

As noted earlier, the New York suit is one of two such actions. The Conference of State Bank Supervisors has its own case pending in the U.S. District Court for the District of Columbia. No decision has been announced in that matter.

Margaret Liu, senior vice-president and deputy general counsel at CSBS, stated: “CSBS stands by our arguments in the District of Columbia. At the end of the day, we are confident that the courts will determine that Congress has not given the OCC this authority.”

During the Money 20/20 Conference held in late October, a panel discussed the fintech charter. Benjamin Lawsky, Vullo’s predecessor, said that regulatory competition between federal and state regulators can sometimes produce a better end result than the action of either in a vacuum.

He suggested that OCC’s action has pushed the states to “run to catch up.”

“That’s not all bad,” said Lawsky.

Historically, state banking law and regulation has at times pulled ahead of federal efforts. CSBS has a major project called Vision 2020 that is looking at many fintech and innovation issues, and the group recently appointed a large advisory body of fintech players.

Former Comptroller Thomas Curry, who was a state regulator (in Massachusetts) prior to heading OCC, was also on the panel. He said that the fintech charter concept was part of a broader effort by the agency to address developing financial technologies. This included issuing a white paper on responsible innovation and formation of the OCC Office of Innovation headed by Knickerbocker.

Panelist Richard Neiman, head of regulatory and government affairs at Lending Club, noted that the charter proposal helped focus banking industry attention on innovation and caused more banks to think about fintech partnerships. He noted that Lending Club had over 40 community banks taking part in its marketplace lending platform.

Lawsky said that he hopes that the creative tension will result in the best possible outcome—a race to the top, he said, rather than to the bottom. He said he didn’t favor conditions where almost anyone could obtain a charter to provide banking over the internet.

“We’ve lived through one crisis and I don’t care to go there again,” said Lawsky.

Curry suggested that the special purpose fintech charter could in time be an impetus for Congress to adopt some version of the “sandbox” that other nations have. Curry long maintained during his tenure that OCC lacked the authority to set up a sandbox, such as that in the United Kingdom, where developers could create new financial services in cooperation with and under the protection of regulators.