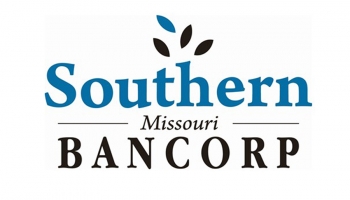 The two companies’ subsidiary banks, Southern Bank and Central Federal Savings & Loan Association of Rolla, have now been merged. The new entity is trading as Southern Missouri and branches have been rebranded as Southern Bank.

Southern Missouri paid $21.9 million in the all-cash transaction, according to a statement from the group.

Following the merger, the combined organization operates 48 branches throughout Missouri, Illinois, and Arkansas, having added Central Federal’s one branch in Rolla, Missouri.

Greg Steffens, president and CEO of Southern Missouri, said: “As this merger is taking place in the midst of an unusual and difficult time for our nation’s public health and our national and regional economies, we believe we can help Central Federal customers and the Rolla market meet these challenges.”

When the deal was first proposed in January, Steffens said the success of the transaction would be based on the group’s ability to “meaningfully grow Central’s role in the Rolla market over time”. He highlighted the Missouri University of Science and Technology, based in the city, as a sign of the region’s potential growth.

The combined entity has assets of approximately $2.4 billion. Its loan book is worth $2 billion, and it has deposits worth a combined $2 billion.

The merger was proposed in December 2019, with Cambridge buying Wellesley for approximately $122 million.

At the time of the announcement, Denis Sheahan, CEO of Cambridge’s parent company Cambridge Trust, said the deal would strengthen his company’s presence in the Boston area while extending its market elsewhere in Massachusetts.

Wellesley has identified the benefits of the merger as including access to a wider network of bank offices and ATMs, a larger lending capacity and an “expanded range of wealth management capabilities”.

The merger is expected to complete on June 1, according to Cambridge – later than the planned completion date of April 1. The combined entity will have more than $3.8 billion in banking assets, alongside roughly $3.6 billion in wealth management assets. Its total loan book will be worth $3 billion, and it will have roughly $3.2 billion in deposits.

Shareholders in both banks approved the transaction in March. According to Cambridge’s website, Wellesley accounts will be transferred to Cambridge and rebranded by October 2020.