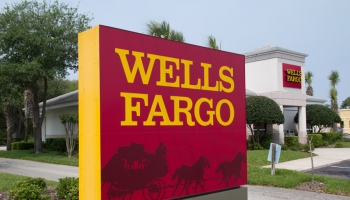 The firms are acquiring the business for $2.1 billion with plans to establish it as an independent entity.

This transaction is expected to close in the second half of 2021 and Wells Fargo will continue to hold a 9.9% stake in the business, operating as a client and distribution partner.

The business will still be led by Nico Marais and former Legg Mason CEO Joseph Sullivan is being brought in as executive chairman.

Wells Fargo Asset Management will be rebranded upon completion of the deal and target a range of global institutional, retirement and wealth management clients.

As part of its plans, GTCR and Reverence Capital have committed to making “substantial investments” in technology and retaining portfolio management talent.

"The organization is poised to provide further innovation in the investment marketplace while continuing to deliver high quality products to its clients,” said GTCR managing director Collin Roche.

"The team, underpinned by its diversity, client-orientation, and collaborative culture, has delivered strong performance, and we will work to reinforce these values and sustain this performance. Along with our partners at Reverence Capital, we are committed to the long-term success of the organization."

Wells Fargo has been attempting to sell its asset management arm since October 2020 following a long-running fake accounts scandal at the bank.

This scandal, which first arose in 2016, involved over 500,000 fake credit cards and 1.5 million false deposit accounts being set up to hit targets.

In February 2020, the bank agreed to pay a $3 billion settlement with the government with the Office for the Comptroller of the Currency also levelling significant fines at three former executives.

This included former CEO and chairman John Stumpf who was ordered to personally pay $17.5 million. He was fined again in November 2020, this time by the SEC, for his oversight failures in the scandal.

Stumpf, who has neither admitted nor denied the charges, agreed to the $2.5 million fine to avoid further violations.