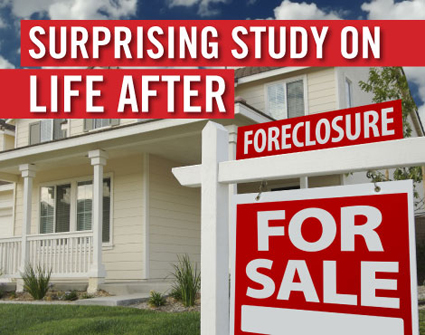 As consumer lenders and borrowers dig out from the rubble of the financial crisis, credit bureau TransUnion unveiled a study indicating that troubled borrowers who only defaulted on their home loans, and not on other credit, represent far better risks for new lending.

The company maintains there are differences in risk between “life event” defaulters who were driven to default by recession and “chronic defaulters.”

TransUnion officials also believe the company’s study shoots down the “excess liquidity” theory that had been taking root. The gist of that concept: That consumers who stopped paying their home loans during the recession enjoyed greater cash flow as a result, and used it to pay down nonmortgage debts. The theory holds, as well, that they only feel credit stress if they have to begin paying another mortgage or paying rent, no longer saving the money otherwise due for shelter.

The bottom line impact of the study, for lenders, is a potential hidden opportunity among the many borrowers who defaulted during the recession, said Steve Chaouki, group vice-president in TransUnion’s financial services business unit, in an interview.

“Lenders will have the opportunity to approve people they wouldn’t have otherwise approved,” Chaouki explained. “There appears to be a pocket of opportunity among mortgage-only defaulters that is not the result of excess liquidity, but rather the unique circumstances of the recent recession. This new market segment that the recession created is an important one for lenders to understand. They have the potential, today, to be stronger and more reliable customers.”
A look at the data
The TransUnion study showed that consumers with mortgage-only defaults performed better on new loans than did those with multiple delinquencies. For example:

Ezra Becker, vice-president of research and consulting at the TransUnion business unit, in a statement, observed:

“This recession was unique in that certain consumers who defaulted on mortgages would otherwise be good credit risks. It appears that their actions were driven more by difficult economic circumstances than by any inherent inability to manage debt.”

TransUnion noted that during the recession the unemployment rate doubled; the duration of unemployment ran three times as long; and home values depreciated to disastrous levels.


A mindset change—but on whose part?
For most defaulting home borrowers, failure to pay occurred because they couldn’t pay, rather than because they were engaging in “strategic default,” playing their debt like an investment portfolio. However, Chaouki says that the body of TransUnion research indicates a sea change in borrower behavior—or, rather, lender perceptions of borrower behavior.

Mortgage lenders used to comfort themselves with the thought that no matter what else was going wrong in their lives, home borrowers would do all they could to keep the roof they lived under.

“We used to think that people were protecting their homes,” acknowledges Chaouki. “But what they were really protecting was their home equity.”

Hence, when many found themselves without any equity, they didn’t hesitate to leave and turn the keys over to the lender. Indeed, the credit relationship first to go was often the mortgage.
Lender reaction to findings
Chaouki told Banking Exchange that the results of the study were unveiled to a TransUnion users group meeting prior to release to the media. He said the bankers and representatives of other lenders present had up until that point had only conjecture to go on, rather than hard research.

Will those lenders use the data to adjust their policies on new lending? Chaouki said it was too soon to tell. “Many of them are still studying our numbers right now,” he explained.

One potential plus for lenders looking to grow, and applicants looking to borrow, however, is data from the study that indicates that scores for mortgage-only defaulters tend to bounce back faster than borrowers who were delinquent or defaulted on multiple types of credit.

Chaouki also noted that there was anecdotal evidence of some deleveraging by choice, more among the “super prime” rather than other segments. He said TransUnion was studying that issue and would have data later in the year.
[This article was posted on June 3, 2011, on the website of Banking Exchange, www.bankingexchange.com, and is copyright 2011 by the American Bankers Association.]
What has been your bank’s experience with recent defaulters? Does it jibe with the TransUnion study? Or otherwise? Tell us about it in the comment section below.