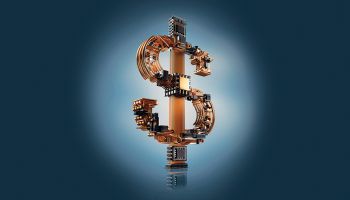 Innovating in banking can be tricky, admits Dan O’Malley.

Inventors of all stripes generally believe that they learn more from failure than successes.

“That couldn’t be more true,” says O’Malley, a veteran banking engineer. “But one of the hardest things for banks to do well is to build things that fail, because ‘bank’ and ‘fail’ really don’t go together well
in a sentence.”

Yet as banks strive to remain competitive in the future with traditional rivals as well as disruptors from every direction, industry “grammar” might have to change.

“Anybody who thinks that they can build a new business or a new form of technology without failing first is wrong,” says O’Malley.

O’Malley is executive vice-president and chief digital officer at $8.8 billion-assets Eastern Bank, in Boston, a post he took last spring. That’s when O’Malley, former CEO of PerkStreet Financial, and several members of his team agreed to partner with the mutual savings bank to form Eastern Labs. (The headline on this article comes from O'Malley's LinkedIn page.)

The lab was set up tapping both PerkStreet talent and over 80 Eastern Bank employees with a range of skills. The mission: Developing new technology and related innovations that
can be applied, at a profit, both at Eastern Bank, and at institutions in the 48 states where it doesn’t currently do business.

“If you want to really invest in new technology, you have to figure out
how to make money from it,” says O’Malley, who began his banking career at Capital One in payments. “We’re applied technologists.”

O’Malley and others who started PerkStreet—a branchless debit card company offering high rebates with banking partners—learned firsthand about the challenges of getting an idea off the ground and keeping it flying. O’Malley shut the company down when a supplemental capital raise didn’t come off and promised rebates couldn’t all be paid. Some customers were angry about the shutdown and consumer advocate/radio personality Dave Ramsey, a former fan, criticized the company in the wake of the termination.

At Eastern Bank and Eastern Labs, O’Malley believes he’s found a platform that he and his team can build from with both the aim of profit and the advantage of time.

“What got it done for us,” says O’Malley, “is that there is a real commitment from the top of the house to take the long-term view on the future of banking. No one at Eastern thinks that banking is going to look the same in ten years.”

While some see banking, as an industry, as stodgy, O’Malley says innovation typically starts inside a bank. Later, “when your technology platform is working really well, then you’ll want to get it out of the bank, spun out into new companies,” he explains.

A key advantage to being inside the bank for an inventive group like the labs staff is, in a word, data.

Ask O’Malley exactly what people in his “lab” do all day and he says, “We write code. That’s what we do.” That code is applied to data, like a factory line uses raw materials and parts, to produce something.

And data is something that banks abound in. Where some see a pile of numbers, O’Malley and company see data that can be analyzed, and conclusions drawn from it. He explains that the financial technology creative process is “iterative.” No blinding flash of innovation resulting in a finished product. You take an idea and prototype. Try it on a small sample of real, live customers, and see how it works. Tweak. Repeat.

In time, if the iterations continue in the right direction, the team will learn enough to produce a platform that can go commercial.

Something O’Malley’s people are working at now, though he declines to drill down much, is a new view of how to find cross-selling opportunities with Eastern’s customers. He says the lab’s cross-selling concepts, under development, draw on how people actually spend their money, based on payment patterns.

“We’ll be rolling it out as soon as we can,” says O’Malley.

In fact, O’Malley says that, as a developer, he finds his position “an incredible setup and an almost unfair advantage” compared to firms attempting to develop applications outside of a financial institution.

“We spend a lot of time on regulatory work,” he says, and effort must go into finding ways, at times, to execute a simple idea in a way that will pass regulatory review.

“It may need to be done in a complicated way, and it can be hard,” says O’Malley. He tries as much as possible to keep his developers and data scientists focused on innovation, and to take on the compliance tasks personally.

“It’s a key part of my job, as head of the group,” O’Malley explains, and regulators’ concerns can never be ignored.

Clearly O’Malley sees the need to strike a balance between getting a concept perfect and getting it out there so the labs’ efforts will see some payoff.

One leg-up he feels he has at Eastern is its mutual structure. He believes the bank is about as small as an institution can be and still be able to support an R&D operation like his.

“Because Eastern is a mutual, we don’t  have public shareholder pressure,” so there isn’t the expectation of immediate payoff for the multi-millions that the bank has invested in this operation, he says. A public company, he adds, would probably have to be more in the range of $10 billion to be able to provide the resources, management bandwidth, and time that he enjoys at the labs.