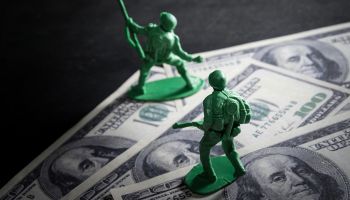 As payments and transaction-banking businesses evolve at a dizzying pace amid a toughening regulatory climate and digital innovations, banks can prevail over rivals by using their own vast infrastructure and customer knowledge, according to a new report by The Boston Consulting Group.

“There will be both significant disruption and immense opportunity over the next decade in payments,” says Stefan Dab, coauthor of the report and global leader of BCG’s transaction-banking segment.

“While banks face intensifying competition, they actually have the assets to play a critical role in how markets evolve,” says Dab. “To continue to extract value from their payments businesses, they must take decisive action along multiple dimensions: improving the richness of their digital interfaces, broadening their range of services, raising the effectiveness of their operations, and forming partnerships in the larger payments ecosystem.”

Dab adds that banks also need to recognize that the value of payments will increasingly be realized by deepening customer relationships, not just by direct revenue generation.

BCG says that banks, at the highest level, must educate consumers about digital payments and their added value. In BCG’s survey, 55% of respondents either found no value in m-wallets or had never heard of them. The banking industry, working with card networks, also has an important role to play in ensuring that security and communication standards are implemented, protocols are followed, and platforms are built with full transaction visibility.

In addition, the report says, in order to sufficiently differentiate themselves and prosper in the new digital world, individual banks need to form smart partnerships, enhance consumer engagement linked to payments, optimize the overall consumer-banking experience, and experiment with next-generation technology.

Rapidly developing economies, most of which are moving toward higher rates of financial inclusion and greater migration from cash to e-payments, are enjoying stronger growth in all metrics than mature markets and will continue to do so.

Although retail payments accounted for a small fraction of global transaction values in 2014 (11%), they generated 78% of total payments revenues and will account for a projected 73% of total revenue growth through 2024. North America remains the largest payments and transaction-banking market globally, generating $238 billion in total retail-payments revenues in 2014 (28% of the worldwide total), with a projected CAGR of 4% through 2024.

According to BCG’s survey, the primary reasons for the slow uptake of digital payment methods are threefold: a lack of compelling value propositions that outperform traditional payment methods and reward structures; persistent security and privacy concerns; and, as a consequence, insufficient merchant acceptance and consumer comfort.

According to the report, wholesale transaction banking generated close to $330 billion in revenues globally in 2014. Account and payment revenues were $243 billion and are expected to nearly double to about $480 billion by 2024, a CAGR of 7%. Trade finance added $45 billion, and value-added services (such as information reporting) contributed another $40 billion.

Trade finance revenues should reach nearly $100 billion by 2024, a CAGR of 8%. In general, growth will be driven by increasing volumes and deposit balances, as well as by improving spreads. The importance of all these drivers, however, will vary by region.

Although revenue-pool growth projections are strong, the report says, excelling in wholesale transaction banking is becoming increasingly difficult. The attractiveness of the business has heightened competition among banks, while deficiencies in bank services and the rise of multibank platforms have opened the door to nonbank competitors.

BCG says that there are four critical steps to overcoming current challenges and becoming a transaction-banking champion: focusing on the true needs of treasurers and CFOs, excelling in the basics, differentiating along key dimensions, and outperforming in go-to-market strategies.

“With so much change in the industry, one thing that has not changed is that payments and transaction-banking businesses remain a critical source of reliable revenues and a linchpin of customer relationships and loyalty,” says BCG’s Dab. “Their importance will only continue to grow in a digital world.”