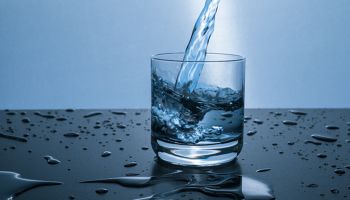 People talk about the commoditization of banking, but can you think of a more basic commodity than water? Yet, as often as we may take it for granted, in many parts of the world—and this country—water is a precious resource.

Avner Mendelson, CEO of Bank Leumi USA, part of Leumi Group, has had an ongoing reminder of this near his Manhattan apartment. For years, major construction on portions of a new water tunnel for New York City has been occurring nearby. Slaking the metropolitan thirst is a major undertaking.

In fact, water, basic though it is to human life, is in many ways a business. Finding it, reclaiming it, filtering it, storing it, saving it, moving it, all involve such basic technologies as miles of pipe and higher tech capabilities for such seemingly pedestrian activities like finding leaks. Huge quantities of water can be saved when technology is used to detect leaks in systems, Mendelson points out. Every drop saved is one less that must be found or reclaimed.

In the U.S., he continues, much as we take our tap water for granted, drought remains a challenge and water-related infrastructure in some areas remains years behind where it should be.

“There will be more water-related investment in this country,” says Mendelson “There has to be.”

Mendelson became president and CEO at Leumi’s U.S. arm in 2013. Something that has surprised him is that U.S. banks don’t treat water as a vertical industry to specialize in. Coming on two years, Bank Leumi USA formed a small group to become such a specialist.

The effort is only a few drops in $6.7 billion-assets Leumi’s balance sheet right now—no more than 2%—but Mendelson expects this to grow as the new group continues to put its name out there. The U.S. operation can draw on the expertise of the parent company. Since its founding, Israel has always faced water issues, he points out, and Israeli companies and its banks have found opportunity in many technologies involving water, from desalination to leading-edge tech.

As a mid-size institution, Mendelson says, Bank Leumi USA is not jumping into this vertical with both feet—that’s the last of our water-related puns—but instead cherry picking appropriate opportunities.

He says this effort builds upon the bank’s middle-market niche in the U.S. While it is headquartered in New York City, the bank has physical offices in Palo Alto, Calif.—in the heart of Silicon Valley—and in Chicago and in the Florida market. The bank does business with firms in much of the U.S. 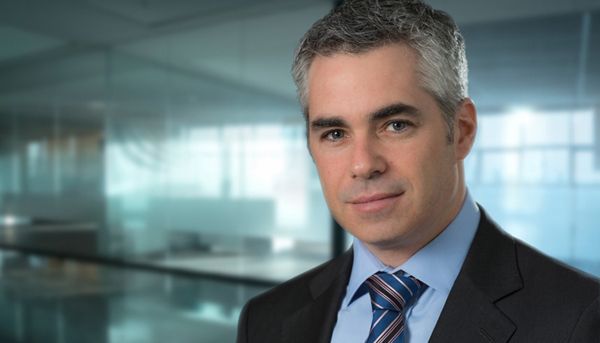 Thus far, outreach to the water vertical market has focused on “finding the right relationships that will lead to other relationships,” says Mendelson. Relationship banking represents a key strategy of the bank, he explains, as it can’t go head to head with mega-lenders.

Part of how the bank is doing this follows its overall strategy of putting Leumi bankers into the position of thought-leadership roles at events, rather than traditional marketing. The bank sponsors events in industries it serves, and also periodically organizes small industry roundtables where the bank can bring together decision makers with its business banking executives.

Part of the bank’s message is that while it has much technology to use as tools, staff still retains a very hands-on role.

“Clients don’t just want an algorithm making decisions about their future,” says Mendelson. This approach has helped Bank Leumi USA grow by over $40 million in assets in the last three years.

Technology banking is a key activity for the bank, with some of the firms that Leumi banks being fintech players. Mendelson notes that there can be a fine line in banking the latter, some of which represent potential banking competitors.

“Technology can be seen as a threat,” says Mendelson. “But for a bank like ours it is more an opportunity.”

A good part of Bank Leumi USA’s business comes from the New York City area, a highly competitive place where many banks of all sizes vie for middle-market companies’ business.

Mendelson says that he’s seen some institutions pulling back, at regulators’ behest, from the commercial real estate sector. Some banks have far exceeded the thresholds established in regulatory guidelines.

“The regulators are putting the brakes on these institutions,” he explains. “There is some softness in the CRE market.”

This has increased competition in the C&I space, where his bank does much of its business. Something that has helped, he says, is thinking of the middle-market as more than a place to make loans. The bank has pushed to pursue more nonborrowing business opportunities.

Deposit gathering is one such opportunity. As a smaller institution, comparatively speaking, Bank Leumi USA doesn’t fall under regulators’ Liquidity Coverage Ratio rules. This enables the bank to pay higher rates than large-bank competitors can, given the impact of LCR on pricing.

A matter of connections

While the bank obtains some of its business banking talent from within, Mendelson says much comes from outside recruitment. This has focused more attention on the bank’s outreach through LinkedIn and monitoring how it is commented about on job-related sites such as Glassdoor.

Today, Mendelson favors what he calls “below the line” marketing, efforts such as sponsorships spoken of earlier to get the name out there in a meaningful way. He doesn’t even favor just pouring money into buying tables at socially oriented events, but prefers venues where the bank can show its expertise.

“It’s about putting our people in front of the right people,” says Mendelson.

But social is very important. Bank Leumi USA has over 12,000 LinkedIn followers, and recently began posting shout-outs about employees who have had success in social media. Mendelson says he himself checks in on LinkedIn three or four times a day. He says the ubiquity of this platform makes it part of the job.

This, and watching job sites like Glassdoor, are part of putting Leumi on the social map.

There’s more to come. “We’re only leveraging 20% of the potential,” Mendelson says.