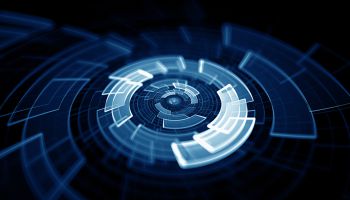 Recent financial merger trend has been a mixed affair, according to a report by PwC and observations by the firm's banking deals practice head, Scott Carmelitano.

The overall trend in financial company mergers started off strong in 2017 but certain sectors have slowed significantly, due to factors ranging from disappointment over the pace of change in a revamped Washington to the impact of uncertainty regarding how to “go digital” in traditional banking companies.

There were 620 deals announced in 2014 versus only 291 deals announced through September 2017, according to PwC Deals: Banking & Capital Markets Deals Insights Q3 2017 Update. The firm’s report universe encompasses not only bank transactions, but also specialty finance, investment banking, broker dealer and exchange deals, and selected fintech deals.

“Despite the initial high hopes that the strong post-election rally in bank shares would boost M&A activity, based on year-to-date September 2017 results it appears the rally may have actually been an impediment,” the report states.

“The question in many people’s minds now is whether the so-called ‘Trump bump’ ended up slowing down bank M&A instead of boosting it,” the report says. Early on expectations of major regulatory reform and tax reform were disappointed, although there has been somewhat more movement in the fall.

The slowdown comes chiefly from the large bank and larger regional bank sectors, which had been predicted to rise on the changing picture in Washington, according to the report.

Even now that tax reform, for instance, has become a more concrete possibility, would-be dealmakers are watching carefully, according to Scott Carmelitano, U.S. banking and capital markets deals leader at PwC, in an interview with Banking Exchange. Should tax reform hopes fade, he predicts a re-valuation of financial company shares in the markets, which would impact the pace of dealmaking moving forward.

“To date, there has not been much clarity around the extent of regulatory repeal, tax reform or real improvements in the interest rate environment,” Carmelitano says.

Deals among community banks have been driven more by the search for efficiencies, according to the report, and mostly deals of small values.

Carmelitano explains that smaller banks have been pushing “to get more critical mass.” As a result, managements of institutions in that range have not held back as much as their larger brethren. He said as those deals are consummated and have some time to work in, there could be a return to “rollups,” serial deals where merged institutions are themselves merged to create still-larger community banks.

A related question mark in that bank size range is the $10 billion-asset threshold. Once a bank crosses that line, several significant changes kicks in. Among those is that banks of that size come under direct supervision and examination by the Consumer Financial Protection Bureau, under the Dodd-Frank Act. Another change is the imposition of different rules on $10 billion-plus institutions for debit card interchange fees under the Act’s Durbin Amendment. The amendment had been opposed by banks but pushed by retailers who pay the fee.

The $10 billion threshold leads banks to hold back until they can do a deal that takes them significantly past that mark, in order to avoid the impact of the lost revenue and the increased costs of compliance.

“If those thresholds were ratcheted up,” says Carmelitano, “that could increase interest in deals.”

Digital decision can be a drag

The advent of digital banking, subject to differing definitions and conceptions, has had its own effect on the pace of deals.

While some pundits say that banks must go all digital, rethinking their business models completely in a digital context, that may not be playing in many bank boardrooms. Regional and larger banks have significant investments in physical branch networks—and banks of all sizes still open new branches even while many are being closed. Some very large banks have indicated that even as they invest heavily in digital, they still raise much of their deposit base from branch networks.

“Most banks realize that you can’t go one way or the other, but have to go both ways,” says Carmelitano. This poses the need to make a strategic decision regarding what a given bank’s digital/traditional mix should be.

“It’s about the client experience, at the end of the day,” explains Carmelitano.

Given this uncertainty, he continues, banks, especially those in the mid-size range, have been less willing to move on dealmaking until they have a good feel for what their strategic plan and business model should look like. When more have figured out how to blend a good digital platform with a good branch network, then that direction will give them confidence to buy other banks, he says.

One wrinkle here is the fintech movement. Marketplace lenders represent a growing portion of the consumer and small-business lending base, for instance.

“Banks have been supporting these businesses by purchasing portfolios of loans from and/or acquiring minority stakes in such companies,” the report states.

Some observers, such as Fred Cannon, executive vice-president and top analyst at Keefe, Bruyette & Woods, have suggested that fintechs will grow to the point where that field and banking will become one, with an influence on M&A.

Carmelitano says much depends on the value of what the fintechs produce. “The ecosystem of fintech is so wide, and they are doing all kinds of things,” he observes.

One last question mark out there concerns foreign banks. More came in just before the financial crisis, buying domestic institutions. Carmelitano says they are coming to a fork in the road, having to decide whether to build on their current U.S. holdings or to divest and leave the U.S. chessboard.