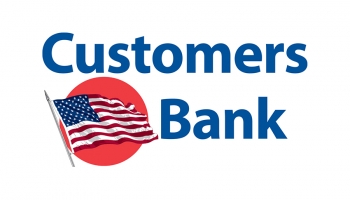 Pennsylvania-headquartered Customers Bank is to sell its digital arm in a deal that is set to create a major new online banking business.

BankMobile, which was founded in 2015, is to merge with Megalith Financial Acquisition Corp (MFAC) with the aim of listing on the New York Stock Exchange as BM Technologies.

The transaction will give BankMobile the “opportunity to disrupt [the] massive US banking market”, according to a statement from the company, through the provision of its “banking as a service” platform model.

BankMobile also offers banking services to colleges and universities, and is available on more than 700 campuses with a reach of more than five million students.

“We are thrilled to partner with MFAC to become a public company,” said BankMobile CEO Luvleen Sidhu. “In an era when digital banking continues to expand, we look forward to building our business over the coming years and taking advantage of all strategic opportunities.”

He said: “There has been rapid growth of digital banking platforms, or neobanks, as many customers search for less burdensome access to banking services. We believe that BankMobile’s approach to collaborate with distribution partners and partner banks positions it well to continue to grow as an increasing number of non-banks are looking to offer financial services to their existing customers.”

According to the announcement, Customers Bank will receive $97 million in cash and stock, as well as a $10 million technology license with the new company. This is on top of a $40 million debt owed to Customers by BankMobile. Shares in the new company have been valued at $10.38 each.

The deal is expected to close in the fourth quarter of this year and is subject to MFAC shareholder and regulatory approvals.

The planned listing comes after fintech company Varo Money gained a full banking license from the Office for the Comptroller of the Currency at the end of June. The company said Varo Bank was the first fintech to become a national bank.