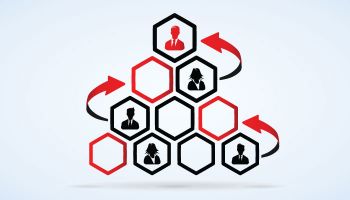 CEO successors are sometimes chosen for qualities quite unrelated to performance, such as length of service. Or perhaps the board elevates someone as a reward for loyalty.

Other times the new leader really deserves the top job, because they can do it well.

And no one deserved it more than “Don.”

Don had been promoted into the COO role three years ago. Since then he not only led initiatives to improve asset quality and lower net charge-off levels, but managed to pick up an executive MBA in his spare time.

Somehow all this didn’t satisfy Bob, the board chair.

“Got to have a choice”

What exactly was on Bob’s mind?

“I don’t like having a choice of one,” he said. “I think we need to compare Don to external candidates.”

This isn’t a complete surprise. External board members often recommend looking outside for CEO candidates, especially when there is minimal development of succession candidates or they don’t know them very well.

The outside directors typically call this “benchmarking.”

Bringing an executive search firm into such situations is a little like asking a barber if you need a haircut. What board wants to admit that they spent thousands of dollars on an external search only to promote an internal candidate?

Yet study after study finds that only a third of external candidates are successfully parachuted into the CEO role vs. two thirds of those promoted internally.

When looking outside makes sense

However, this is not to say that going outside may be the best choice. Banks that choose to look outside for a successor should do so in circumstances such as the following:

• A major change in strategy for which internal candidates are unprepared.

If a bank that has previously relied on organic growth decides to go on the acquisition trail, there may be no one with the experience to integrate the acquired institutions and achieve the expected synergies.

• Performance has been poor and it’s time for a major shift.

The board may determine that a major housecleaning, or an actual cultural change is in order.

• A new CEO may bring dynamic external relationships to a stagnant bank.

But is your case one of those times?

A funny thing happens when boards are convinced that the organization is facing a real or perceived crisis. Directors find themselves “searching for a corporate savior,” as Rakesh Khuran describes in his book of the same title.

“Because single-handedly saving a troubled corporation is no ordinary job, boards bent on finding a corporate messiah are not much interested in ordinary qualifications (e.g., knowledge of their company or relevant industry or functional background),” writes Khuran. “Rather, the kind of candidate considered qualified for the role of corporate savior is one who is thought to possess ‘charisma’.”

Key to a better process

When self-delusion afflicts boards it can lead to disastrous hiring errors.

“The best performance he gave was in the interview.”

To avoid these problems the solution is to utilize a rigorous selection process that focuses on what the bank needs—not what the savior brings..

Oh, and my friend Don?

In his first year, he expanded the bank into new territory, achieving a 33% increase in revenue and a 50% increase in EBITDA.

The shareholders are very happy.

And so is Chairman Bob.