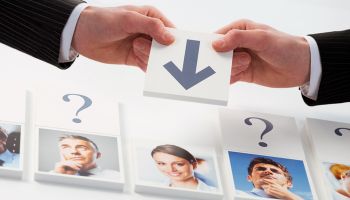 Arnold, the CFO and oldest member of the bank’s management team, wanted to retire.

He was a young 66. He couldn’t wait to do all the things he’d been putting off. He had grandchildren to spoil, rounds of golf to play, and a multitude of places to visit on his bucket list.

Arnold’s boss, Denny, was 63. Denny had no interest in doing anything other than working for the next 20 years.

With such an unsympathetic audience, Arnold knew he had to make a strong case for his successor.

Or Denny would never let him go.

Succession for just one part of org chart

In frustration, Arnold (the names, as usual, as fictional here) came to me to ask if it was possible to develop a succession plan limited to one vertical area of the organization.

It would have been preferable to do the entire organization in horizontal phases (e.g. all VP’s, all directors, etc.) as this might have turned up cross-promotional opportunities.

Instead, Arnold’s need became the priority and the focus.

Arnold had done his homework, grooming all three of his direct reports for some time. In this case, succession planning meant:

• Assessing the potential of all three managers.

• Producing a timeline that reflected realistic expectations of their readiness for promotion.

If one of them were selected, it would create a ripple effect as the others were tapped to move up, or laterally, creating vacancies behind them.

How do you decide who’s the new CFO?

The best psychometric assessments provide insights into multiple traits relevant to leadership behavior. They are field-tested to weigh their ability to predict future performance. These instruments also provide comparisons to comparable roles in other organizations.

As with most other buying decisions, you get what you pay for. A $10 assessment does not provide the level of evidence to make a decision on a six-figure executive that a $500 one does.

The universe of management/leadership competencies numbers around 50, e.g. growth orientation, strategic thinking, delegation. Competency evaluation involves selecting the six to ten key competencies that actually make a difference in performance in a specific organization. Expectations at various levels of the competency are described. The value comes from identifying gaps in the current state vs. the expected state for an individual.

The resulting analysis drives a learning plan to focus on two or three key gaps unique to each individual’s needs. Solutions may include cross-functional assignments, job rotation, and formal education programs.

Where succession blew up

As we were finalizing arrangements to run Arnold’s three direct reports through the evaluation process, Suzanne, the bank’s HR manager, interceded.

“I’ll take over now,” she said. “I know our people well and I’m the best person to help Denny make decisions.”

I have great respect for HR generalists. In mid-size and small organizations, it’s challenging to be a Jack(ie) of all trades. And it’s even harder to master succession planning when it’s only done once or twice a year.

A succession planning expert brings professional-grade tools and the credibility of an objective third party to the process.

In truth, I don’t know what Suzanne did.

All I know is that Arnold is still the bank’s CFO. He still sits there, compiling his bucket list and still yearning to retire.