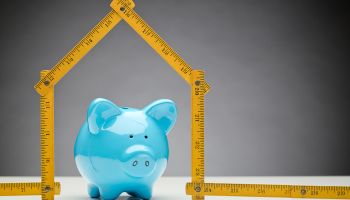 Do the Dodd-Frank Act’s risk retention provisions make any difference?

That was the central debate of “Risk Retention: Moving Ahead With Skin in the Game,” a session at  the Mortgage Bankers Association annual convention. The risk retention requirement mandates that the originator of a residential mortgage loan retain at least 5% of the risk when securitizing the loan—unless the loan is exempt as a Qualified Residential Mortgage.

The rule was made in response to the criticism that loan originators didn’t have “any skin in the game” because they made their money in origination fees, sold mortgage loans to investors, and had no interest in the loans’ ongoing performance.

Rule has changed the game

The new rule “is a substantial blow to the mortgage industry, unless you’re in a niche market,” according to Stephen Ornstein, a partner at Alston & Bird LLP.

The problem is that, effective last year, every mortgage except home equity lines of credit or reverse mortgages must meet eight factors showing ability to repay. If it’s a Qualified Mortgage, there’s no liability to the lender. If not, a borrower can challenge the loan later on the grounds that he cannot repay.

“That creates a huge incentive for QM mortgages,” Ornstein said, “and yet if you look at the non-QM market, in theory, there’s a compelling case for non-QM products.”

It’s safer than ever to offer them, Ornstein explained, because:

2. The longer the loan performs, the less likely an ability-to-repay claim will result. (Under the rule, if a default occurs within three years, the lender can’t be held responsible.)

3. The servicing protocols are draconian but effective for a delinquent borrower, which will cut down on ability-to-repay claims.

Diane Pendley, managing director at Fitch Ratings, said her organization is comfortable with non-QM loans as long as they’re documented according to Appendix Q of the rule.

“We’ve seen non-QM loans of utmost quality,” Pendley said. “When you get into higher risk is when you move away from documentation.”

Or has the rule changed the game much?

“We don’t think risk retention is going to throw anything off the rails,” Tomiak said. “We’ve been expecting this for a while, and we don’t expect other originators to pull products.”

Redwood Trust, based in Mill Valley, Calif., is a specialty finance company that concentrates in mortgage and other real estate assets. It also engages in mortgage banking.

Yet Tomiak conceded that the securitization market is “pretty anemic” and “more rules and regulations are never a good thing in a struggling market.”

Tomiak added that if the risk retention rule had been issued in 2005, there would have been “a major dislocation. But in the present circumstances, it’s not going to shift economics significantly.”

Not so good for borrower

Ornstein said he could not share that optimism. “If you look at who’s getting loans, the QM [candidates] are a sliver of that population. As the housing market recovers, the risk retention rule is a detriment to them.”

Yet Ornstein remains hopeful about the long term—because he expects the rules to change.

“The whole point of Dodd-Frank was to contract credit,” Ornstein claims. “When there’s more of a demand and the housing market stabilizes, the QM will be adjusted accordingly so that more people will be able to get credit.”

“It will be bad for now,” Ornstein predicted, “but probably not for forever.”