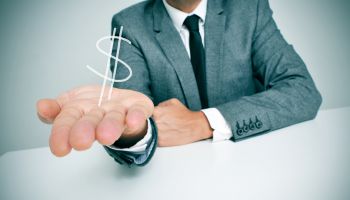 Business loans, even in this robust economy have not necessarily been easy to come by. Last week, the Federal Reserve released its recent loan officer opinion survey, and banks stated they have tightened the standards for these types of loans.

Smaller banks reduced their credit lines showing a more cautious outlook, contradicting strong consumer sentiment regarding the state of the economy in other national polls. This is a particularly interesting part of the Federal Reserve poll, as it sites the reason for banks shortening credit lines as a cautious economic outlook being the main reason for the pull back.

Often times, the media reports that the market (meaning the stock market) shrugs off legislative changes and the political climate, but this is not necessarily the case when it comes to lending.  More than half of the lenders surveyed expressed concern with new and pending legislation.

While large and midsize companies showed similar concerns, the net results were different with larger credit lines but with longer time periods and higher premiums for large bank customers. In other words, they are still giving out loans but responding to mild concerns of a market downturn by spreading out the time frame and handing the risk to the applicants.

At the same time, ironically, business loan applications have gone down. The same is true for commercial real estate loans.  Many banks, but not a majority, stated that mortgage lending has slowed as well.

The bottom line is that across the board, banks have reported that their standards for lending will continue to tighten, but not dramatically, throughout 2019 on virtually all types of loans with the possible exception of conventional mortgages. That said, the numbers should not be considered as particularly pessimistic as the shift is not dramatic in any direction.

The fact that business loan demand is not growing can also be seen as neutral, as businesses tend to look to expand and therefore seek out loans when they are optimistic about the future, but may also seek emergency financing when they foresee or are in the midst of a dramatic slowdown.  It may show that they have enough cash in the bank to keep running, but are not doubling down thus echoing the sentiment of their lenders.