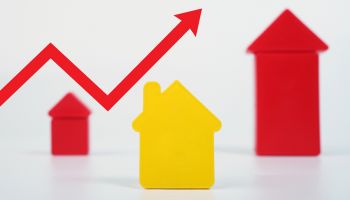 The existing home sales figure was up a surprising 11.8 percent in February after months of volatility in the market.

“A powerful combination of lower mortgage rates, more inventory, rising income and higher consumer confidence is driving the sales rebound”, said Lawrence Yun of the National Association of Realtors. The seasonally adjusted annual rate of 5.51 million in February was quite a surprise after January’s drop of 1.2 percent.

Yun went on to explain that lower mortgage rates, particularly on fixed mortgages, were one of the key drivers back for the real estate market.  He explained, ““Consumers are very sensitive to mortgage rates, at least that’s what we are finding out. So as mortgage rates began to drop, there was evidently a strong pent-up demand,”

Last year’s housing market began strong when rates were still low.  While that initially brought on buyers, prices overheated and then the interest rates rose by the summer.  With mortgage rates rising by the end of the summer by as much as 1 percent on fixed rates, sales dropped dramatically.

This explains the February surge in 2019.   By December of 2018, fixed rates went down to 4.5% and caused demand on housing.  Consumer confidence is also high and unemployment is low.  Real income also seems to be on the rise.  While the market has shrugged off concerns of probes into the Trump administration’s role in the 2016 election, the conclusion of the investigation could also bring further optimism to the market in the week ahead.

In February, the median price was $249,500 which was a steady increase from last year of about 3.6 percent.