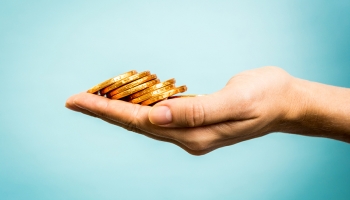 Clients representing 14% of New York-based Signature Bank’s loan book – equivalent to $5.6 billion – have requested payment relief during the COVID-19 pandemic, according to the bank’s first-quarter results.

However, CEO Joseph DePaolo told analysts that he was not expecting any meaningful losses due to the pandemic.

The bank said 5,100 clients had requested deferrals, one of the temporary relief options offered during the pandemic.

Most of the loans affected were backed by commercial property, according to a note from Standard & Poor’s (S&P), although roughly a quarter of Signature’s business financing and equipment leasing loan book had also requested deferrals.

The majority of businesses requesting deferrals were restaurants and transportation companies that have been most hit by lockdown measures, S&P reported.

Signature – in common with banks across America – has said it would grant payment deferrals for up to three months.

Other banks have also reported high levels of deferral requests: Bank of America and Wells Fargo reported granting approximately one million deferrals each.

Others have moved to waive fees and penalty charges on accounts and cards, as well as temporarily halting foreclosure activity.

New York is one of the worst affected areas by the COVID-19 virus, with more than 301,000 confirmed cases as of April 28, according to Deutsche Bank data – nearly 30% of the US’s total confirmed cases. The state is subject to strict lockdown measures, particularly in its capital.

On a conference call to discuss the bank’s first-quarter results, executive vice president Eric Howell said clients “recognize that this could be a temporary situation” and were not looking to give up their property stakes permanently.

DePaolo added: “We just don’t see a level of losses really, or any losses really meaningfully coming out of this.”

However, the CEO said an extended period of economic inactivity could be more damaging: “Beyond six months, that’s where it’s going to get a bit more difficult for us.”

Signature has increased its provision for credit losses to $66.8 million in the first quarter of 2020, S&P reported. The bank has also adopted the new current expected credit loss standard, which came into force for some banks from January 1, bringing its total credit loss allowance to $356.3 million, equivalent to 0.87% of its total loan book.

Other banks have built up credit reserves during the first quarter in anticipation of a difficult period over the next few months.

According to first quarter results statements, Citibank increased allowance for loan losses to $20.8 billion while Bank of America raised its loan loss allowance to $2.3 billion. Wells Fargo reported loss provisions of $4 billion, and Goldman Sachs increased its provisions to $937 million.