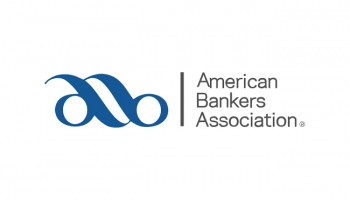 The American Bankers Association (ABA) and state associations have called for members of the House of Representatives to support a bill streamlining the forgiveness process for Paycheck Protection Program (PPP) loans.

The associations’ letter, dated 31 July and sent to Speaker of the House Nancy Pelosi and Minority Leader Kevin McCarthy, expressed “strong support” for House bill HR 7777, which it said would make the forgiveness process “easier and less technical for smaller borrowers”.

The lobbying comes as Republicans in the Senate last week proposed an additional $60 billion in funding for the PPP, on top of the $660 billion already committed in two tranches. Approximately $130 billion is still available, with the program currently scheduled to close on August 8.

However, politicians are under pressure to come up with more stimulus funds to support the US economy. Initial data released last week revealed that the US economy shrank by a third in the second quarter of 2020 amid wide-ranging lockdown measures across the country.

Despite some measures being lifted, many businesses are still struggling to operate while employing social distancing measures – and there have been increases in Covid-19 infections in several states, risking a second round of lockdowns being enforced.

The letter from ABA and other banking associations – available to read in full here – supports the bill’s proposal to reduce the forgiveness process for loans below $150,000 to a single page of questions.

Data from the Small Business Administration (SBA), which is overseeing the PPP, shows that 85% of all loans made under the program were for less than $150,000, but these made up less than 26% of the total value of all 4.9 million loans made.

“In addition to relieving these small businesses of the significant time and expenses required by the guidance released, this automatic forgiveness for all loans of $150,000 and under will also relieve SBA from an enormous administrative burden created by millions of requests for forgiveness,” the letter stated.

“As the country continues to struggle with the economic consequences of the COVID-19 pandemic, HR 7777 will allow SBA to better utilize its limited resources to positively impact our nation’s small businesses.”

Banking associations and other industry groups have been lobbying lawmakers for weeks about simplifying the PPP forgiveness process. The ABA was among 141 organizations that signed a letter earlier in July calling for the reporting burden to be reduced.