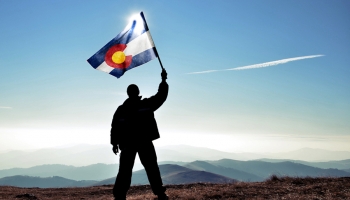 Lenders Avant, Cross River Bank, Marlette Funding and WebBank had been in a battle with state authorities since 2017 over the fees and interest rates they had been charging, which were considered to be in excess of the permitted levels under state law.

Utah-based institutions WebBank and New Jersey-based Cross River had always maintained that the interest rates were legal because they were exporting the terms in from their home states – a perfectly legal practice.

However, Colorado’s authorities maintained Avant and Marlette were the actual lenders because of the financial relationship they have with the companies.

The case concluded on Tuesday (18 August) with the Colorado authorities and the lenders reaching a settlement deal. The companies involved in the case have agreed to make a $500,000 donation to the Colorado MoneyWi$er program, a grant program focused on system-wide K-12 financial literacy.

The settlement has significant repercussions beyond the companies involved, however, as it means fintechs can now qualify for safe harbor in the state as long as they comply with new rules such as a ban on interest rates exceeding 36% APR.

Under the new rules, fintech lenders partnering with banks in the state of Colorado must also allow the bank to control all terms of a loan and have absolute approval authority over marketing content. Regulators must be able to freely examine and audit the fintech at any time.

“As the first state to establish a responsible safe harbor for consumer lending programs that include a bank partnership, Colorado is giving consumers who would otherwise be unable to secure credit access to innovative and transparent financial services products,” said James Paris, chief executive officer of Avant, who described the settlement as a “pivotal moment” for consumers.

“Our team worked closely with the Colorado Attorney General and his team to create a safe harbor that defines responsible partnerships between banks and fintechs and, ultimately, resolves the true lender issue in a manner that creates certainty for everyone.”

In a media statement, Colorado Attorney General Phil Weiser said the agreement would increase levels of protection for Colorado consumers and would “create a model” for how other lenders should comply with state law.

“Protecting consumers from predatory loans is among my top priorities as Attorney General and we take the 36% lending cap very seriously,” Weiser added.

“Many Coloradans are hurting financially due to the economic impact of the Covid-19 pandemic and they are susceptible to unscrupulous lenders who take advantage of them, lending at rates far above what Colorado law permits.”