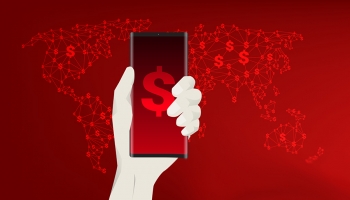 The market for digital banking platforms is expected to reach $9 billion by 2026, according to new research.

ResearchAndMarkets.com analyzed the prospects for companies offering digitization tools and services for banks globally and forecast a 16% compound annualized growth rate over the next six years.

The research company’s report cited the increasing importance of the “digital customer experience” as a key driver of the trend, as well as improving security and reliability of online and mobile banking technologies.

Investment from public and private capital into fintech and banking software providers has also risen in recent years, “promising tremendous opportunities for the global digital banking industry to expand in the near future”, the research group said.

In addition, banks around the world have been investing heavily into the optimization of end-to-end business processes, increasing their operating efficiency, improving the customer experience and reducing ongoing costs – all of which will also feed into the growth of new banking platforms.

One of the major headwinds to the sector’s growth is the rising threat of cyber-attacks.

“Fighting cyber-attacks is one of the biggest challenges facing banks across the globe, considering the delicate nature of the consumer details they have,” ResearchAndMarkets said.

“As cyber criminals conduct more sophisticated and regular attacks, the number of major data breaches is expected to increase over the period.”

The report highlighted several examples of fintechs building out their banking platform services this year, including Temenos, Fiserv, FIS and Infosys.

In April, FIS partnered with Bambu, a fintech startup, to use its “Modern Banking Platform” to power a new digital banking solution for “unbanked and underbanked” people in the US. This month, FIS announced a new subscription-based banking infrastructure software offering for US community banks.

In addition, Temenos launched a “banking-as-a-service” platform in the US in January, which aims to enable banks to launch a digital offering within 90 days.

Separate research published earlier this month by Broadridge Financial Solutions found that more than half of financial sector C-suite executives and senior leaders wanted to implement new technologies into their companies’ operations in the coming months.

Nearly two thirds of the 500 respondents said they were increasing their investment into cybersecurity and risk management, while three in five said they would be “enhancing multi-channel client communications”.