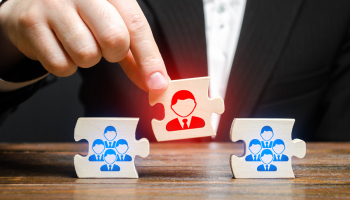 Middlefield Banking Company – President and CEO Thomas Caldwell is to retire at the end of March 2022, the Ohio-based bank has announced. Middlefield has initiated its succession plan and launched a search for a new chief executive.

Pacific Western Bank – The Los Angeles-headquartered commercial bank has appointed Steven Schwimmer to a newly created role as chief innovation officer. He will be responsible for the bank’s systems and applications environment, as well as various bank operations groups. Previously, he served as head of technology and operations for the consumer and treasury arms of CIT.

Regions Bank – Joia Johnson has been named to the board of Alabama-headquartered Regions Bank, effective July 20, 2021. She recently retired as chief administrative officer, general counsel and corporate secretary for Hanesbrands, an apparel manufacturer and marketer.

Johnson is the 13th member of Regions Bank’s board.

City National Bank – Abel Montañez has joined the Los Angeles bank as head of private banking. He joins from Wells Fargo Private Bank where he was a regional director for the Los Angeles market.

In his new role, Montañez is tasked with leading the private banks strategy and growth in existing areas and into new communities, City National said in a statement.

Brookline Bancorp – The Boston-based banking group has announced a number of changes to its senior management team.

CEO and president Paul Perrault is to become chairman, succeeding Joseph Slotnik who will remain on the board as lead director.

Michael McCurdy, currently general counsel and chief risk officer, is to become co-president alongside Carl Carlson, who is currently chief financial and strategy officer. McCurdy will also take on the role of chief operating officer for Brookline Bank and its sister company Bank Rhode Island.