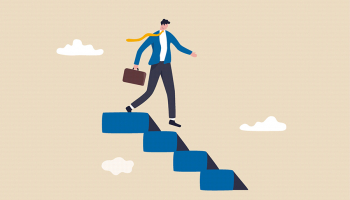 Wells Fargo – Charles Noski has stepped down as chair of Wells Fargo’s board, the bank announced on August 10. Stephen Black, who joined the board last year, has succeeded him with immediate effect.

Noski took over in March 2020 as chair after joining the board in June 2019. He will retire from the board altogether at the end of September after a short period of transition.

Black has worked in financial services for more than 45 years, including as co-CEO of private equity group Bregal Investments since 2012.

Wells Fargo CEO Charlie Scharf said that Noski had “stepped into the chairman role at an important inflection point for the company – both in terms of our ongoing work to improve our controls and governance and in the early days of what became an unprecedented global pandemic”. He also praised Noski’s leadership on sustainability issues.

BOK Financial – Stacy Kymes has been named as the next president and CEO of Tulsa, Oklahoma-based BOK Financial with effect from April 1, 2022, when current chief executive Steven Bradshaw is scheduled to retire.

Kymes has worked for BOK for 25 years and is currently chief operating officer. He has held various senior roles at the bank, including chief auditor, director of mergers and acquisitions, and chief credit officer.

Stride Bank – Elsewhere in Oklahoma, Stride Bank has tapped BOK to appoint Steven McNamar as its new chief financial officer. He previously worked at BOK Financial for 11 years, most recently as a senior vice president and senior business group controller.

Stride has a significant presence across four states, with locations in Oklahoma, Texas, South Dakota, and Utah.

Collins joins from global manufacturer Columbus McKinnon Corporation where she was global director for total rewards, culture and HR technology. She has also worked in HR for PepsiCo.

Oxford Bank Corporation – Wendye Mingo has joined the board of directors of Michigan-based Oxford Bank. She is currently managing director for IT at The Kresge Foundation.

An experienced IT business leader, Mingo brings experience in technology transformation and data center modernization to the role, the bank said. CEO David Lamb added: “Although the bank has been a leader among community banks in customer facing technology, we believe her background and experiences will help us drive our business including technology to the next level.”

USAA – In an effort to further boost its internal diversity and inclusion work, USAA has appointed Bryan Gingrich as vice president of diversity, equity and inclusion, a newly created role. The company said in a statement announcing Gingrich’s appointment that it was committed to “building a workforce that can draw upon varied strengths to better serve its diverse membership”.

HSBC – The banking giant’s commercial arm has named Jaron Campbell as head of its corporate segment. He has worked for HSBC for 15 year, latterly as US country head of international subsidiary banking. He began his career in commercial banking at Truist Bank.

Campbell succeeds Martin Richards, who is “transitioning to a new role at HSBC that will be announced in due course”, the bank said.