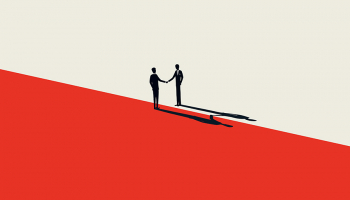 The Little Rock, Arkansas-based Simmons Bank bank has announced a merger with Spirit of Texas Bank.

The transaction will consist of a mixture of cash and Simmons’ common stock with an aggregate value and approximately $581 million, based on the Simmons’ closing stock price of $31.73 on November 17, 2021.

George Makris, Jr, Simmons’ chairman and CEO said: “Strengthening our Texas franchise has been a strategic priority and to partner with Spirit not only enhances our current footprint, but also establishes a platform for growth in Houston, Austin, San Antonio and College Station.”

New York-based Valley National Bank has confirmed that its merger with the Westchester Bank was completed effective December 1, 2021.

From December 1, 2021, Westchester’s wholly owned subsidiary, the Westchester Bank was merged into and under the name Valley National Bank.

The full systems integration is expected to be completed in the first quarter of 2022.

Mid Penn Bank has completed its acquisition of Riverview Financial Corporation on November 30, 2021.

The all-stock transaction was valued at $124.7 million and will extend Mid Penn’s footprint into new markets including the Lehigh Valley and State College region, as well as an expansion its presence in Western Pennsylvania.

The consolidated assets of the combined company are valued at approximately $4.7 billion.

Rory G Ritrievi, president and CEO of Mid Penn and Mid Penn Bank, said: “As we introduce the Mid Penn brand of community banking throughout the Riverview footprint, we are committed to making this combination a positive one for all involved.”