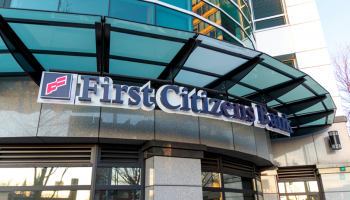 First Citizens has confirmed the completion of its merger with CIT Group, which was first announced in October 2020.

The merger creates a company with more than $100 billion in assets and will operate under the First Citizens Bank name.

“This is a transformational milestone in our 124-year-old history,” said Frank B Holding Jr, First Citizens chairman and chief executive officer. “Completion of the merger is a testament to the many associates on our teams who have worked so diligently to get us here.”

Initially, CIT, CIT Bank and OneWest bank will operate as divisions of First Citizens Bank and customers will be able to continue to bank as normal through their current branches, websites, mobile apps, bankers, and advisors.

However, a series of conversions to First Citizens’ systems and operations will take place over the coming months.

“For CIT clients, First Citizens brings it proven record of safety, security and focus on long-term relationships while maintaining the expertise and agility that they have come to expect.” Holding said.

Elsewhere, First Financial announced that is has completed its previously announced acquisition of Summit Funding Group.

Summit Funding Group operates in all 50 states and in Canada, and is the fourth largest independent equipment financing platform in the US.

Following the acquisition, the Cincinnati-based group retains the name Summit Funding Group and will now operate as a subsidiary of First Financial Bank, with all current Summit leadership and associates continuing in their positions.

Meanwhile, the completion of the merger of The Citizens Banks of Fayette and BankFirst Capital Corporation has also been confirmed.

As a result of the acquisition, which was first announced in October 2021, BankFirst will serve Mississippi and Alabama from 32 offices.