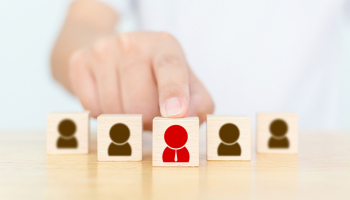 Ernst and Young (EY) has confirmed that Mitch Berlin will take over as vice chair of Americas strategy and transactions.

Berlin was previously EY-Parthenon global and Americas leader and has 25 years of experience with the firm. During this time he has worked with companies in 70 countries across a range of industries.

In his new role, Berlin will be responsible for helping CEOs and other business leaders drive corporate strategy and capital allocation and transactions from advisory through to their execution.

Kelly Grier, EY US chair and Americas managing partner, said, “Mitch's dedication to finding and capturing the most value from every transaction is why he's been a trusted advisor in some of the largest and most transformational deals in recent history. He brings a unique blend of experience, skill and passion to his new role."

Berlin succeeds William Casey, who has held the position since 2016.

HSBC Bank Canada has announced two appointments to its board of directors.

Fiona Macfarlane and Andrea Nicholls will join the bank’s board as non-executive directors.

Macfarlane joins with 36 years of experience having held positions as managing partner at British Colombia and as Canada’s chief inclusiveness officer at Ernst and Young.

She was also previously a director of the Aboriginal Business Investment Council and the International Women’s Forum, Canada.

Nicholls is chief financial officer at Denton’s Canada Region and has expertise in both private and public companies, including GE Capital, Otera Capital and Metso Corporation. She is also the executive chair and co-founder of Dentons Canada’s Black Professionals Network.

Butler has previously held various marketing, community relations and communication roles at Bank of Marin, First Republic Bank, Bank of the West and Kaiser Permanente and has over 16 years of experience.