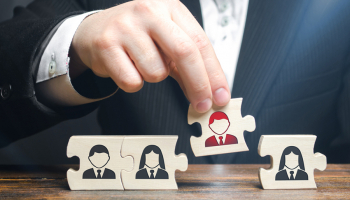 Fifth Third Bank — Tim Spence has been appointed Fifth Third’s new CEO after Greg Carmichael announced he would retire from the position.

Carmichael will become executive chairman and will continue to lead the board of directors.

Spence joined Fifth Third in 2015 as chief strategy officer and took on the role of head of consumer, payments and strategy before being appointed president in 2020.

CCB Bank — The parent company of Commonwealth Business Bank has appointed James Hong as its new CEO as Joanne Kim retires from the position and as president.

Wells Fargo — Robyn Luhning has been appointed to the newly created role of chief sustainability officer (CSO) at Wells Fargo.

As CSO, Luhning will lead progress on Wells Fargo’s enterprise climate initiatives and oversee its Institute for Sustainable Finance among other responsibilities.

Luhning joined the bank in 2011 as head of environmental and social risk management. She most recently served as interim head of social impact and sustainability.

Citizens Financial Group — The Rhode Island-based bank has announced Ben Vinzant will take on the role of chief data and analytics officer. He will report to the chief experience officer, Beth Johnson.

Vinzant will join Citizens from JPMorgan Chase where he served as managing director and head of sales science. Before joining JPMorgan Chase he worked for Wells Fargo.

Univest Bank and Trust — Patrick McCormick has been named as executive vice president and chief credit officer of Univest.

McCormick is succeeding Duane Brobst who is retiring from the role after over 30 years with Univest.