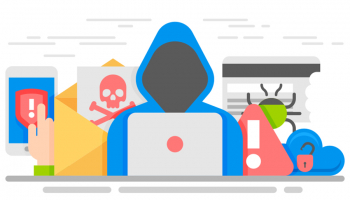 The rise of digital banking and payments has led to spike in attempted fraud, according to a new report.

The report, from financial security consultancy NICE Actimize, found that banking fraud attempts rose by 41% in 2021 when compared to the previous year.

Using an artificial intelligence tool, the consultancy analyzed $110 trillion worth of payments and transactions.

It found that the increased use of mobile devices in daily life for activities such as banking, shopping and communication left many people open to potential fraud attempts. It also massively changed the outlook of the fraud landscape as more and more companies and services are digitalized.

Fraudsters are targeting older mobile devices when it comes to banking and payments, the report stated, as devices running on an operating system made prior to 2016 are victims of three times more fraud attempts than newer devices.

Mobile channels saw the biggest increase in fraud attempts throughout 2021, and there was an increase across all channels. NICE Actimize predicted a continuation in fraudsters targeting mobile channels.

Banks of all types across the US have been investing heavily in digitizing their services in the past two years as the Covid-19 pandemic forced many to close branches.