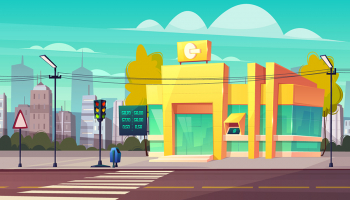 US Bancorp and MUFG Union Bank have agreed to sell three branches to HomeStreet Bank, under the instruction of the US Department of Justice.

The branches are located in San Bernardino County, California, and between them account for approximately $490 million in deposits and $22 million in loans.

The divestiture is part of the ongoing work on US Bancorp’s planned $8 billion acquisition of MUFG, first announced in September last year, and the completion is dependent on the US Bank-MUFG deal being approved by regulators.

Mark Mason, chairman, president and CEO of HomeStreet, said his bank would retain all staff following completion of the transaction, which is expected early in 2023.

Earlier this month, Mid Penn Bank was given the green light to open a new branch in Allentwon, Pennsylvania — the bank’s “first full-service financial center in the Lehigh Valley”, it said in a statement. The new branch opened on October 11 and offers traditional banking, wealth management, and insurance services, as well as hosting regional commercial lending and cash management teams.

The bank added that it was “in the process of elevating operations” and planned to establish a new office in City of Industry, California, “to further support its growing businesses in the area and across the country”.