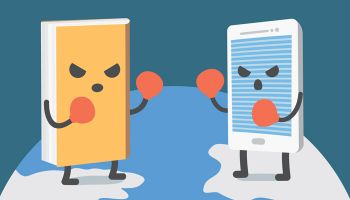 The recent Federal Reserve Board report, Consumers and Mobile Financial Services 2016, about the rise in mobile banking, provides a very encouraging outlook for this relatively new channel.

As Kathie Beans reported on this website recently in “Mobile Banking Upwardly Mobile,” the Fed concludes that “as smartphones continue to evolve and grow in popularity they can play an increasingly large role in the interactions between consumers and financial service providers, retailers, and other businesses.” [Emphasis added]

A closer reading of this conclusion, though, reveals a couple of crucial caveats for bankers, and some thinking necessary for intelligently moving into the future.

What does it really bode?

First, there’s the assumption that smartphones will “grow in popularity.” One could ask now: Who doesn’t have a smartphone?

Then there’s the observation that the “interactions” of consumers will increase between financial service providers. One could ask: What types of interactions?

The Fed’s announcement of its report says this: “As of November 2015, 43% of adults with mobile phones and bank accounts reported using mobile banking—an increase of four percentage points from the prior year’s survey. The most common way that consumers use mobile banking is checking their account balances or recent transactions, followed by transferring money between accounts.”

So, less than half of people with bank accounts check their balances on their smartphones, up from 39% in 2014. That’s certainly good, but from a banker’s perspective, it’s hardly a year-end office-party champagne-buster type of accomplishment.

Phone wars and other battles

One can see the cold-eyed CFO in a corner saying, “Great. So what?”

So, back to the two caveats mentioned above.

First, there’s this from Malauzai Software, which specializes in mobile and internet banking. It recently issued a study about mobile banking usage based on 7 million logins from 400,000 active internet and mobile banking users. This report focused on the difference in usage between Apple and Android devices.

A pertinent observation: “In the final three months of 2015, it is interesting to view the disparity between market share statistics and mobile banking platform adoption. iOS [Apple] consumers still make up the vast majority of mobile banking end users with 57.07%, but it is the opposite of overall market adoption, where Android maintains the lead.”

The company concludes with this observation: “While we are not sure why mobile banking usage reflects the opposite of the market adoption, it is interesting to see how the numbers shake out. Loyalty runs deep and wide as seen in the clear differences in behavior and engagement across platforms.”

Surely this is an interesting observation, and one that bears watching as we all eventually equip ourselves with super smart devices.

The big surprise, though, is that we, as a global group, already are reaching that saturation point. Gartner, Inc. says global smartphone sales will for the first time exhibit single-digit growth in 2016. Global smartphone sales are estimated to reach 1.5 billion units in 2016, a 7% growth from 2015.

To be more specific: "The double-digit growth era for the global smartphone market has come to an end," says Ranjit Atwal, research director at Gartner. "Historically, worsening economic conditions had negligible impact on smartphone sales and spend, but this is no longer the case. China and North America smartphone sales are on pace to be flat in 2016, exhibiting a 0.7% and 0.4% growth respectively."

Meaning that most people in the U.S. who are going to get a smart phone (as opposed to a flip phone or, heavens-to-Alexander-Graham-Bell, a land line) have one already. If they have one already, they are most likely to simply upgrade.

How much better can good get?

Second, regarding mobile app functionality and moving beyond balance checking and funds transfers, here is this: Stephen Greer, Celent analyst, comments in a blog about Bank of America’s mobile app, which he admires. He notes the bank recently announced that the company would triple its spending on its mobile app.

Given that he deems this app already exceptional, he asks about the tripled spending: “What exactly does that entail?”

After all, before this announcement, BofA had recently added features like touch ID, debit card toggling, two-way fraud alerts, and more.

He posits that mobile banking in general is really an extension of digital banking, which itself is part of the overall omnichannel vision of banking. “The funding required to build a digital customer experience will extend beyond the reaches of mobile,” Greer says.

Expanding on this, he says: “The funds for mobile will largely be dispersed over (or fit into) a wider array of strategic digital initiatives. Institutions need to create a solid digital base within the institution, bringing in culture, personnel, and technology across all channels and lines of business to start transforming digitally.”

Where do banks want to head with this?

Make no mistake—mobile banking surely is on an upward slope in customer acceptance. Mercator Advisory Group, in a recent report, lists the build out of mobile banking app capabilities clearly on the horizon, perhaps by 2018.

But getting there—how should today’s banking leader take the next steps?

Another Celent analyst, Bob Meara, conflating the Fed’s mobile banking report with digital banking in general, says many bankers already are missing the point, by somehow seeking to lower transaction costs while building revenue at the same time.

“The objective of omnichannel banking shouldn’t be tied to migrating an arbitrary percentage of customer interactions to the digital realm—whether transactions or sales. Consumers are becoming increasingly digitally driven without bank’s involvement! The point of omnichannel delivery is to offer customers consistent and convenient ways to engage with your bank whenever and wherever they so choose, not to achieve some arbitrary channel mix,” Meara says.

All well and good—but what do you say to that cold-eyed CFO at the holiday party?

Answers for the bean counters

Answer: You increase what you offer to your customers through the mobile app, affordably to both them and you.

• Apps for appointments. Celent’s Meara favors using the mobile app for customers to conveniently schedule in-person appointments at branches. While admittedly not a silver bullet, he says, this is “one of many customer engagement mechanisms that leading financial institutions are learning how to orchestrate to better serve customers.”

Furthermore, he says, “it’s not simply about booking appointments. When integrated with lobby management systems, [it helps] customers efficiently and effectively accomplish what they want and when they want it.”

“Today, the mobile channel contributes a small trickle of new accounts for most banks. Within a few years, it will be a flood,” says Alex Johnson, director, Credit Advisory Service, at Mercator.

• Everything but the cash. Diebold Inc., unveiled a mobile-driven ATM concept at a showcase in Copenhagen, Denmark, recently, initially focused at the European market but with obvious transferability to the United States. The concept provides for the dispensation and recycling of cash at machines with no screen, no card reader, and no PIN-pad required—only the user’s own mobile device equipped with near-field communication, QR-code reader, and/or iris-scan biometric technology.

Do you have technology leadership?

Of course, it will take more than such Jetsons-era technology and implementation to soften that hard-eyed CFO in the corner. It will take leadership.

IDC Financial says as much, in recent research on digital transformation in banking.

“There is a need for a clear articulation from the top on how things are changing and why we must change to serve as a preamble to the [digital transformation] master plan that the bank refers to and adheres to consistently,” says Jerry Silva, global banking research director for IDC Financial Insights.

Celent’s Greer adds this perspective: “There’s a lot that goes on to make the front end look good, and spending more on the front will mean more spending on the back. Mobile banking is a significant part of digital banking, but remember that it’s only one part. While new functionality gets the headlines, it’s what’s under the hood—culture and backend—that truly matters.”

Mobile In The Time Of Digital

Getting To Digital While Missing The Point

Gartner Says Global Smartphone Sales To Only Grow 7% In 2016

Tagged under Retail Banking, Blogs, Making Sense of it All, Channels, Feature, Feature3,

More in this category: « Uncle Sam needs you to fight cybercriminals Something new in payments: Speed »
back to top