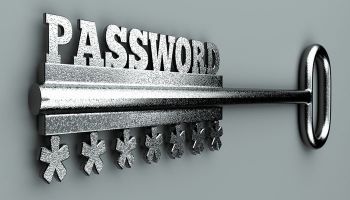 Signaling a potential change in a longstanding, widespread practice, most consumers polled consider usernames and passwords cumbersome. They say they are interested in using alternatives to protect their security on the internet.

New research from Accenture, based on a survey of 24,000 consumers across six continents, reveals that 60% of consumers find usernames and passwords cumbersome. More than three-fourths (77%) would try something new, such as biometrics or two-step device verification.

“The widespread practice of typing usernames and passwords to log on to the internet might soon become obsolete,” says Robin Murdoch, managing director of Accenture’s internet and social business segment. “Consumers are increasingly frustrated with these traditional methods because they are becoming less reliable.”

The research reveals that openness to alternatives is pervasive in countries in many different parts of the world, with consumers in China and India most likely to be open to alternatives, at 92% and 84%, respectively. More than three-quarters (78%) of consumers in each of Brazil, Mexico, and Sweden, and 74% in the U.S., are also willing to consider security methods other than usernames and passwords.

“As hackers use more-sophisticated and less-obvious methods, passwords are no longer seen as the definitive answers to the security question,” Murdoch says. “Traditional one-step passwords are now being matched with alternative methods using biometric technologies such as fingerprint recognition and two-step device verification. Within the next few years we are likely to see many more consumers embracing these and other alternative methods.”

“Digital trust concerns are not limited to one type of country or part of the world,” Murdoch says. “In developed and emerging countries, consumer wariness about data privacy and digital trust is intensifying as the exploding Internet of Things market generates unprecedented amounts of consumer data on more devices. Companies that build the most trust with consumers will be able to access more consumer data, use analytics to unlock more value from that data, and offer more revenue-generating services and applications leveraging Internet of Things opportunities.”