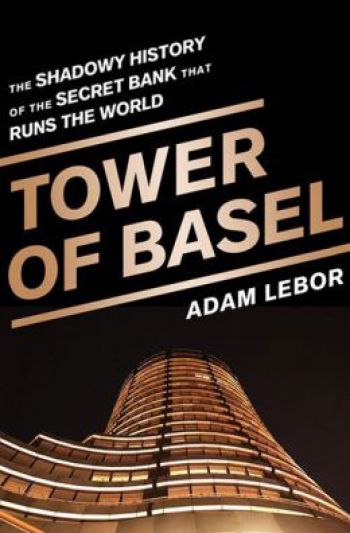 Tower of Basel: The Shadowy History Of The Secret Bank That Runs The World. By Adam LeBor. Public Affairs, 322 pp.

The Bank for International Settlements (BIS) is often called the “central bank for central banks.” It is also the international regulatory body behind the much-discussed “Basel” rules and proposals that impact banks all over the world. Now Tower of Basel author Adam LeBor, a Budapest-based investigative journalist, has called for the dismantling of BIS, with its functions to be absorbed by the International Monetary Fund and a group of university think tanks. If he has his way, and if it doesn’t reform, the BIS, housed in an 18-story cylindrical building in Basel, Switzerland, will soon follow the destructive course of its near-namesake, the Tower of Babel.

“The bank’s influence is profound,” writes LeBor. “The BIS is one of the world’s most effective instruments of soft power. The bimonthly governors’ meeting gathers central bankers from countries that control more than four-fifths of the world’s GDP.”

According to LeBor, reforms are needed to provide the media with access to the bank’s confidential discussions; to eliminate the bank’s exemption from Switzerland’s banking laws; and to curtail the bank’s overall profitability.

LeBor argues that secrecy is inappropriate for the bank that “sits at the apex of an international financial system that is falling apart at the seams [and] fueled by the banks’ greed and rapacity.” He fears that the Swiss legal exemption may, perhaps not yet, but one day in the future, allow sovereign depositors to shield assets from their creditors.

And, ultimately, LeBor contends that the bank is just too profitable for a tax-exempt entity.

An impartial reader soon realizes the real value for a banker in reading LeBor’s book: It stands as a primer into the popular suspicions and contradictions that all bankers, not just central bankers, face in today’s culture.

Tower of Basel is more readily seen as the sequel to Adam LeBor’s 1998 work, Hitler’s Secret Bankers, than as a complement to Lords of Finance by Liaquat Ahamed. Unlike Ahamad’s well-regarded history of modern finance, as seen through the actions of American, British, German, and French central bankers, LeBor views events from the suspicious, angry eyes of the victimized and the disinherited.

LeBor has mined evidence from class-action suits against banks; plumbed the Nuremberg war crimes trial records; and combed through university archives for anecdotes of Swiss, French, and American bankers’ alleged compliance with Nazi raids on the wealth of Holocaust victims.

However heart-wrenching these stories may be, Tower of Basel, as an expose, falls short of its mark.

Much of the book serves as a nuanced excoriation of the alleged BIS role as a financial intermediary of German atrocities. However, there is very little new to be exposed. An independent academic review was commissioned of the bank’s wartime activities and documented in a 2005 report: “Central Bank Cooperation at the Bank for International Settlements.” It is available from Cambridge University Press. It’s been done.

Despite its obvious bias, certain parts of Tower of Basel can actually make a valid contribution to a wider perspective on the structural basis of global financial markets. There’s little new for either the prewar events or the “Meltdown,” but LeBors’ interviews with key bankers and use of primary sources adds interesting color to his narration on European Community integration and descriptions of the Iron Curtain’s unraveling.

Formation of the Euro

Today’s most significant global contradiction may well be the Euro. As “a transnational currency with no transnational fiscal policy,” the Euro was a political compromise that overruled the concerns of the Committee of Central Bankers at BIS.

Despite misgivings, BIS members agreed to move the Euro ahead without a fiscal agreement because the predecessor European Monetary System (known popularly as “The Snake”) had become the plaything of currency speculators.

The BIS, as agent for the European Currency Unit that preceded the Euro, was the primary venue for discussions of European economic scenarios. According to BIS archives, general manager Alexandre Lamfalussy wrote in 1989 that “Community-wide macroeconomic fiscal policy … would be the natural complement to the common monetary policy of the Community.”

As LeBor points out, we’re all still waiting.

By 1976, Soviet central bankers were meeting twice a year in Basel, hosted by the BIS. “The more the Communists adapted to capitalism,” LeBor writes, “the sooner their system would collapse, the BIS managers believed—correctly as it turned out.”

In 1982, the BIS intermediated a US$500 million loan credit for the Hungarian National Bank that “set in motion a series of events that would soon help to redraw the map of Europe.” Hungarian parliamentary reformers avoided a default on their sovereign debt that could have derailed the country’s advance to Capitalism.

Almost as an aside, LeBor awards Hungary full credit for the fall of the Soviet Union, along with a few other key claims.

“The Hungarians have brought the world numerous inventions,” says LeBor, “from the ballpoint pen to nuclear weapons.”

This apparent reference to Hungarian-born physicists Edward Teller and Leo Szilard not only disregards the role of such colleagues on the Manhattan Project as Enrico Fermi and J. Robert Oppenheimer, but also ignores the many unheralded American designers and producers of the actual weapons.

A book of contradictions, Tower of Basel is. LeBor criticizes the confidentiality of BIS meetings yet admits that “the personal connection proved crucial” in approving the 1982 Hungarian loan. According to his sources, the BIS credit was approved only after officials received confidential assurances from the director of the International Monetary Fund that Communist Hungary’s application for IMF membership would be approved.

It seems that LeBor and his editor fall into the category of reporters who misconstrue the nature of personal relationships in finance, viewing all confidential discussions among central bankers as nefarious.

Writers with more experience in covering the regulatory beat are aware of the encompassing din from petitioners, both private and official, who are always raising alarms about the need for rule changes. Without a history of reliable cooperation, it’s difficult for senior regulators to set priorities or even to trust their information sources in complex matters.

Even with open disclosure, there’s no assurance that a reporter will always comprehend financial processes.

Although the BIS staff cooperated, granting access to its archives as well as providing interviews with senior officers of the bank, LeBor’s takeaway was that the bank “controls monetary policy in the developed world,” based on “unrivaled access to numerous former and current central bankers.” Of course, the BIS only controls the fixed basket of dollars, yen, euros, and sterling within the special drawing rights of its members.

How does that result in a “control” of monetary policy? Answer: Managing SDRs among central banks only controls their monetary policy if you start with the conviction that it does.

Regarding the issue of profitability, the BIS earnings are redistributed to the member accounts of its shareholding central banks. According to the most recent BIS annual report, that profit, including the 18% gain on the previous year’s profits, was distributed to the BIS’ central bank shareholders as dividends (SDR 175.8 million) and retained earnings (SDR 722.4 million).

Given that pass-through, why, one must ask, is running a profitable organization for the owners considered a justification for reform, as posited by the author?

It is unfortunate that many of LeBor’s criticisms are based on anti-bank innuendo, revealing a political agenda that centrists would consider to be consistent with that of his publisher, Public Affairs Books. Trade reviewers emphasized LeBor’s exposure of the “nefarious activities of global investment bankers” in “the most secretive [and] ‘most important bank in the world’.” The publisher says that, during World War II, BIS President Thomas McKittrick was guilty of “treason by any other name,” based on U.S. intelligence documents that were “newly discovered by the author.”

Not only was McKittrick, the American president of the BIS, never charged with treason by the Allies, but he even provided information to Allen Dulles, head of the Central Intelligence Agency’s predecessor organization. Indeed, Dulles relied on McKittrick to vet supposedly anti-Nazi German bankers for post-war positions.

In LeBor’s view, the BIS can be criticized for wartime collaboration with Germany yet praised for refusing to turn over the gold deposits of Lithuania, Estonia, and Latvia to Soviet invaders after 1940. Not until 1991, when the Baltic countries regained their independence, was the gold released. The Soviet Union was never allowed into the BIS, although the Bank of Russia was admitted in 1996. Clearly, it’s fine for bankers to be politically involved, in LeBor’s view, as long as they’re on the correct side of the Wall.

“Vampire squid” bank in the bullseye

LeBor leaves little doubt where he stands on the question of the future for this organization:

“The BIS is now the vampire squid of the regulatory world, hosting a myriad of committees that in turn spawn a raft of subcommittees, many of which are composed of the same central bankers and officials, each producing reams of reports that are passed back and forth from Basel to national central banks and governments in an endless merry-go-round of resolutions and recommendations.”

That’s a mouthful. But more directly, LeBor believes the bank—founded in 1930 originally to take over the handling of Germany’s World War I war debt—has become obsolete.

Its functions could be absorbed into the IMF or another body. But if its primary role is as a collegium, then would it not be up to the members to decide the most desirable forum?

Not in LeBor’s view. Apparently, he would prefer realtime disclosures of banking discussion.

“Information about the bank’s internal operations … are not tweeted,” he sniffs.

Is that to be the new standard for financial disclosure? 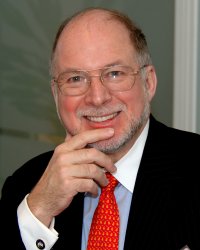 More in this category: « Can power circles boost women bankers’ careers? If Greenspan had it to do all over again … »
back to top