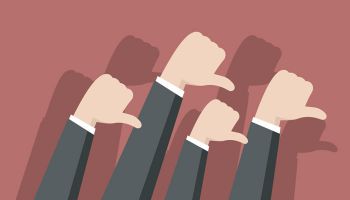 How will Acting CFPB Director Mick Mulvaney treat the bureau's complaints program? He's looking for input from banks and other stakeholders.

How do you feel about the Consumer Financial Protection Bureau’s complaint handling and reporting process? Now is your chance to have a say.

Social media and many other online platforms make it possible today for one to register an easily accessed opinion about everything from the quality of the tacos at the local Mexican place to what it’s like to work at your past or present employer to the performance of the office chair you bought on Amazon to how you liked the movie you just watched on Amazon Prime.

We can beef readily and publicly, frequently with or without attribution. In fact, it’s often hard to tell when some sites have been gamed by someone, either trying to boost a provider or tear them down through false comments. Some praise sounds too good. Some complaints sound too much like an angry competitor.

The trend has been going on for years in a public way in the private sector. So pervasive is the ability for consumers to take their feelings about providers such as banks to Twitter and other online channels that some financial companies make monitoring and response to social media complaints a priority for their complaints-handling functions.

In this and other ways, banks have stepped up their complaint efforts, sometimes even including tracking of issues not captured before. The intent is to find and remedy root causes.

A public sector angle on complaints came in when the Consumer Financial Protection Bureau was created by the Dodd-Frank Act. Traditional banking regulators had long accepted and handled consumer complaints, but Dodd-Frank gave CFPB some specific requirements and the bureau built on them.

In the latest of a series of requests for input, Acting CFPB Director Mick Mulvaney is asking for opinions about the bureau’s complaints handling process and related congressional and public reports. In addition, the bureau is looking for input on its public online Consumer Complaint Database.

The public database has never been popular with bankers. Lobbying organizations have targeted it from the get-go. The American Bankers Association, for example, commented in a 2012 letter that:

“Government agencies are not the same as other ‘gripe site’ sponsors. Moreover, the Bureau’s approach raises questions about the balanced review expected from government agencies. Government agencies are generally expected to have a higher standard than gripe outlets and websites such as ‘Yelp,’ and not simply offer reports of unsubstantiated rumors. Rather, the government’s imprimatur suggests certain reliability beyond simply attempting to control for duplicates and the correct identification of the financial institution. Therefore, some in the ‘marketplace of ideas’ will be inclined to give the Bureau’s database more weight than it deserves, especially if its significant shortcomings are obscured in the Bureau’s documents and websites.”

Consumer complaints at the bureau

Under the Dodd-Frank Act one of the key functions of CFPB is collecting, investigating, and responding to consumer complaints about a variety of providers, including banks over $10 billion in assets. Coverage was phased in over time, beginning with credit card complaints in 2011. Complaints can be filed on the bureau’s website.

Under former Director Richard Cordray complaints became a significant area of activity for the bureau. Dodd-Frank required semi-annual reports to Congress regarding complaint activity, but this grew in several ways.

Since mid-2015 the bureau started publishing monthly complaint reports that examined overall volume, state and local information, and product trends. Companies with the highest volumes of complaints would be mentioned by name. In 2017 the bureau also began issuing spotlight reports that looked at specific slices of complaint data. For example, the October 2017 report—the most recent one found on the bureau’s website—presents state-by-state information on complaints filed by servicemembers.

In its brief history, CFPB says, it has handled over 1 million complaints. A controversial aspect of its process was the launching in 2012 of its online, publicly accessible complaint database.

Beyond a simple listing, the database allows anyone to perform searches and other filtering, and will also allow a user to download files for offline analysis. The database shows users the name of the company being complained about and the nature of the complaint, among other data. The bureau attempts to verify certain basics about the relationship between the provider and the consumer prior to posting the complaint.

Like all of the previous CFPB information requests under Mulvaney, this one on complaints calls for comment on any aspect of the matter. But some specific requests are made.

Among the specific questions raised in the announcement:

• Is it “net beneficial or net harmful” for the bureau to publish the names of the most-complained-about providers?

• Should the data fields in the complaints database by increased, decreased, or left the same?

• Should the context in the public information on complaints be fleshed out?

Another question raised: “Whether the Bureau should notify the most-complained-about companies of their inclusion in a Bureau report prior to publication and invite company comment.”

The request also raises the issue of whether access to the public database should be expanded, limited, or left as is.

The comment period will begin March 7, after the request’s official publication in the Federal Register. The announcement can also be found here.

More in this category: « “Why?” is the spade of root cause analysis UDAAP? Violation? Or both? »
back to top