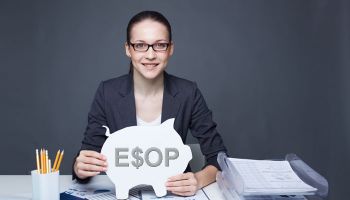 The Great Recession is, for the most part, behind us, for the community banking segment of the financial services industry. So now boards of directors are turning attention to major issues looking forward. In previous blogs, we have identified interest rate risk, enterprise risk management, compliance, and other hot buttons.

But getting all of that right hinges on having the right people. So one issue that I continue to discuss with boards across the nation is the organization’s ability to attract and retain key personnel.

This is the first in a series of blogs that deals with that particular issue.

Each community bank board’s discussion with respect to attracting and retaining key personnel seems to be different, although there are certain core themes.

For example, it is often difficult for rural banks to attract key personnel to their area. If the bank needs an in-house technology person, it often has to make accommodations for that person to live and work offsite, even at some great distance from the bank.

On the other end of the spectrum, it is often difficult for metropolitan banks to retain key personnel because the good ones receive weekly calls from headhunters.

In addition to these core themes, one issue that always comes up with boards, even in the most closely held organizations, is attracting and retaining key personnel through ownership in the institution.

The general consensus is that employee ownership is a “good thing.”  I have only had a couple of boards where directors did not think it was important. (Of course, when employee ownership is discussed, particularly in a closely held bank, voting percentage dilution is always a corollary issue. There are a number of ways to skin this cat, which will be addressed in subsequent blogs.)

One of the most effective ways to attract and retain key employees through ownership is through the use of an employee stock ownership plan (ESOP) or an ESOP with 401(k) plan features (a KSOP). For purposes of this particular blog, I will treat those as the same.

In generic terms, an ESOP or KSOP is a trust that holds stock in the bank holding company for the benefit of all employees in the bank. It is actually a pretty simple concept, but it is a highly technical area governed by the Department of Labor, ERISA, and multiple other federal agencies.

Although the ESOP is a “qualified” retirement plan, as that term is technically used in the statutes, it is an unusual one.

Most qualified retirement plans cannot deal with stock of the employer. The ESOP is the opposite. The ESOP’s assets are required to be invested “primarily” (generally considered to be more than 50%) in employer stock. In other words, if you have an ESOP and it has $1 million in it, then it should hold at least $500,001 worth of stock of the community bank holding company as an asset.

As the ESOP accumulates that stock, shares are allocated to the employees’ accounts, and the employees become, and hopefully think like, owners.

Vesting schedules can be put on the ESOP and other mechanisms so the ESOP can not only serve as a good tool to attract key employees but also serve as a “golden handcuff” retention tool for employees who are currently in the organization.

Although the ESOP has “top-heavy” plan rules similar to other qualified plans, as a practical matter, the majority of the stock held by the ESOP ends up in the accounts of the senior executives as a result of employee departures over the years. For most boards, such ownership by senior executives is a good thing, certainly in the area of retaining those key individuals.

If your bank holding company is a Subchapter S corporation under the Internal Revenue Code, then an ESOP is an extraordinarily effective tool to attract and retain key personnel.

As a practical matter, is so good it should be illegal.

Fortunately, it is not, and is good for your bank.

How ESOPs work for banks and bankers

The reason an ESOP is so good in a Subchapter S structure is that most Sub S banks will make a distribution to their “human being holding company” shareholders to cover their taxes at the maximum federal and state rates. The organization will also make a distribution (often by a second check) to those same shareholders, paying what we call a “dividend equivalent” on their shares.

As a result, the shareholders typically receive what they would have received as the shareholder of a C Corporation, plus an amount sufficient to cover (and usually exceed) their individual tax liability.

For Subchapter S purposes, an ESOP is simply another shareholder of the holding company. The ESOP would receive a tax distribution and a dividend equivalent distribution. The difference between an ESOP and a human being shareholder is that the ESOP pays no taxes. As a result, the Sub S ESOP becomes a significant cash accumulator. That cash can then be used to purchase shares from existing shareholders, contribute capital to the holding company to downstream into the bank, and the like.

Keep in mind, that as directors and officers of community banks, your job is to enhance shareholder value. It is pretty tough to do that if we cannot attract and retain key personnel to do so. Our benefits need to be competitive. Employee ownership, for the most part, is a good thing, so consider that as part of your long-term planning.

In subsequent blogs, I will address additional ESOP considerations, as well as other equity ownership positions to attract and retain personnel through stock options, restricted stock, phantom stock, stock appreciation rights, and the like. I will also touch on bank-owned life insurance as a funding mechanism for employee benefits.

More in this category: « Insider and affiliate transactions subject to more than printed regs 5 terms regulators love to use »
back to top