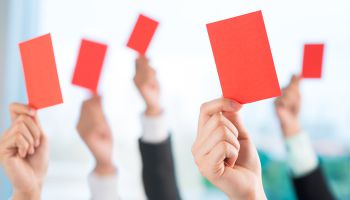 It’s been a working lifetime since I joined the loan officer development program at The Bank of New York. The bank’s headquarters were at the corner of Wall and William Streets and had been continuously located there since 1797. One of my contemporaries was the grandson of the bank’s chairman at the time the current building was first occupied in 1928, so his family’s surname was embedded in brass letters in the marble floor of the 48 Wall entryway. How’s that for tradition and continuity? How’s that for an enduring culture?

A bank that stood for something

The feeling was one of tradition, quality, and soundness. We felt (or at least I did) that we were a part of American financial history and had a ringside seat on many of the important current activities of big business and finance.

The culture of the bank matched that too. In the credit sense is was an attitude of doing everything right. Doing business with us was a privilege, not a right. No surprises, no funny business. It was a place where the staff was composed of gentlemen and ladies of refinement.

We all shared a sense in those days that we were part of a privileged group of young professionals—privileged to be admitted to such an environment and proud to be part of the history and traditions of the bank.

It was the best workplace culture I’ve ever experienced, barring none. We were all treated with respect and consideration.

And no less than that was expected in return toward each of our coworkers and our customers.

An unhappy riffle through today

I think about this today and marvel at how different the workplace seems now.

Reports in the press about sexual harassment, as well as conversations with peers and friends in recent years who have shared their workplace experiences and frustrations, certainly lead me to the conclusion that the workplace environment characteristic of my early working years is largely an artifact today.

We are, for example, currently witnessing the diminishment of the business reputation of Wells Fargo, an iconic name in our business that includes the names of equally iconic predecessor institutions including Wachovia and Norwest. The behaviors at Wells that are being so roundly criticized and vilified today are not random, isolated activities. While certainly they were never activities that were condoned in any formal way, they became insinuated into the retail side of the bank’s culture.

It’s very fashionable today to point a finger at a particular company and say, “It’s the culture.” Sen. Bernie Sanders had a campaign mantra that “the business plan of banking is fraud.”

If correct, that’s as good an indictment of a bad culture as I can imagine. But how accurate is it?

Beyond Wells Fargo, most of the spectacular sorts of inimical business behaviors that have made the front pages of the press have been wrongs committed by individuals or small groups of staffers with little or no connection to the other principal business lines of the enterprise.

But there are some very conspicuous exceptions to that, including the very bad handling, deliberate and sloppy, of the enormous residential mortgage volume following the banking crisis of 2008.

There are organizational defects that allowed those to flourish such as the very decentralized management structure at Wells and some reporting structures that clearly were deficient but not deliberate or causative of the problem.

My own view in the long shadows of a 50-year career is that the problems we see in the workplace today are the product of the faults and foibles that each of us has brought to our individual workplaces. The genesis of the major problems is in the inner recesses of our own value systems.

The Ethics Research Center, a nearly 100-year-old institution in Arlington, Va., has been at work analyzing workplace behaviors. This organization has a longitudinal study of workplace misbehaviors stretching over a great many years. What the studies have disclosed year after year are a disturbingly high level of misbehaviors as witnessed by the studies’ respondents.

The misbehaviors are generic in nature. They include such acts as reporting false information to customers; cheating on expense reports; lying to employees and management; bullying; and sexual harassment.

None of these seem the stuff of banner headlines but collectively, they permeate workplace attitudes and behaviors and contribute to the cultures that in turn can produce massive damage to an enterprise in the reputation risk sense.

Reputation risk is probably the biggest single risk category challenging the banking industry today. Individual events with sufficient publicity and attention can shred the reputations of banks in the sense of trust and fidelity. And these have been the hallmarks of banking for centuries.

Right side of the line

We talk of “bright lines” or “lines in the sand,” relating to the behaviors of individuals or corporations or sovereign states. Generally, this refers to the demarcation between right and wrong, proper and improper, legal and illegal, acceptable and unacceptable.

We place ourselves and others on one side of that line or the other.

What I’ve become convinced of in recent years is that the line, rather than running by us, runs through us—each of us. We are each at least capable of chicanery or virtue and the chicanery is prominently displayed in the seemingly tame conclusions of the Ethics Research Center’s studies.

Place these completely human tendencies in the middle of a cultural environment that does not sufficiently exercise constraints on unwanted behaviors and that becomes a potent recipe for trouble.

But to heal these deep and hurtful wounds to our industry caused by reputation risk, we must look first to ourselves. Walt Kelley’s Pogo said as much: “We have met the enemy and he is us.”

More in this category: « When a lender is on the spot… How do you spot a “hot” bank? »
back to top