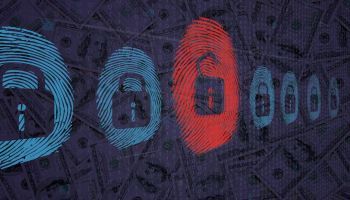 The average annualized cost of cybercrime incurred by a benchmark sample of U.S. organizations was $12.7 million, representing a 96% increase since a Ponemon Institute study sponsored by HP was initiated five years ago.

The results also revealed the time it takes to resolve a cyber-attack has increased by 33% during this same period, with the average cost incurred to resolve a single attack totaling more than $1.6 million.

“Adversaries only need to be successful once to gain access to your data, while their targets must be successful every time to stop the barrage of attacks their organizations face each day,” says Art Gilliland, senior vice president and general manager, Enterprise Security Products, HP. “No amount of investment can completely protect organizations from highly sophisticated cyber-attacks, but improving and prioritizing your organization’s ability to disrupt the adversary with actionable intelligence solutions such as SIEM, can significantly improve attack containment and reduce the overall financial impact.”

Key findings from the 2014 Cost of Cyber Crime Study include:

• Cybercrimes continue to be very costly: The average annualized cost of cybercrime incurred was $12.7 million, with a range of $1.6 million to $61 million; an increase of 9% or $1.1 million over the average cost reported in 2013.

• Cybercrimes are intrusive and common: Organizations experienced a 176% increase in the number of cyber-attacks, with an average of 138 successful attacks per week, compared to 50 attacks per week when the study was initially conducted in 2010.

• Cybercrimes require more time to resolve: The average time to detect a malicious or criminal attack by a global study sample of organizations was 170 days. The longest average time segmented by type of attack was 259 days, and involved incidents concerning malicious insiders. The average time to resolve a cyber-attack once detected was 45 days, while the average cost incurred during this period was $1,593,627—representing a 33% increase over last year’s estimated average cost of $1,035,769 for a 32-day period.

• Cybercrimes impact all industries: Of the 17 industries included in the study, all reported to have been impacted by cybercrime, and in the United States, the highest annual cost per organization was reported in the Energy and Utilities and Defense industries. The average annualized cost per company in the Energy and Utilities, Technology and Retail sectors rose most significantly in the United States when compared to average annualized cost over the five years the study has been published. The retail sector alone has more than doubled when compared to average cost over the five-year period.

• The most costly cyber crimes are those caused by denial of services, malicious insiders, and malicious code. These account for more than 55% of all cybercrime costs per organization on an annual basis.

• Recovery and detection are the most costly internal activities, accounting for 49% of the total annual internal activity cost with cash outlays and direct labor representing the majority of these costs.

• Organizations using security intelligence technologies were more efficient in detecting and containing cyber attacks. For those having deployed a SIEM solution, the average cost savings was $5.3 million per year, a 32% increase in savings from last year. Organizations with technologies such as an intrusion prevention system and next-generation firewall boasted a 15% ROI result.

“Business disruption, information loss, and the time it takes to detect a breach collectively represented the highest cost to organizations experiencing a breach,” says Larry Ponemon, chairman and founder, Ponemon Institute. “Based on more than 2,000 interviews, the annual Cost of Cyber Crime research continues to provide valuable insights into the rising cost of cyber attacks to help organizations across all industries understand the serious financial impact that can result if measures are not taken to put solutions, process and expertise in place to minimize risk.”