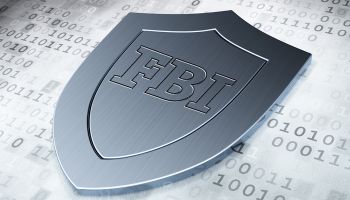 FBI “has very high confidence” that Sony Pictures Entertainment recent hack was perpetrated by North Korea, through malware that that country has used to attack South Korean banks and media outlets, according to Director James Comey.

Comey spoke recently at the International Conference on Cyber Security in New York, where he also detailed a five-point strategy the FBI will pursue to counter cyber-attacks.

In addition, he said that the bureau has “a range of other sources and methods,” which he declined to describe, that leads him to believe “not with just high confidence, but very high confidence that the North Koreans perpetrated this attack.”

Comey used this example as a way to lead in to a description of how the government plans to address cyber crime as billions of people worldwide become more closely connected through the internet.

Here’s how Comey summed up the strategy:

Regarding this last point, Comey said he understands the frustration private companies have when dealing with the government, mentioning that he had been general counsel at two companies before coming back into government  service.

Still, Comey pointed out, the great majority of harm perpetrated by cyber criminals manifests itself in the private sector.

“All of it is in your world, private-sector partners,” Comey said. “Invariably, that’s where the victims are. That’s where the information is that we need in order to be able to respond to actions by nation states, by terrorists, by hacktivists … If we can’t find a way to effectively share that information to those of us with the enforcement powers, we’re sunk.”

Finding more ways to cooperate will be difficult, Comey acknowledged.

“I think we need clearer rules for the private sector, to offer clear rules of the road for what will happen to what you share and what we need you to share,” Comey explained. “We need better technology and to be able to share information both ways more effectively and more quickly.”

The other parts of FBI’s five-point strategy include:

• Focus—Concentrate resources to go after the nation-state actors and the most dangerous criminal syndicates and international operations; designate a single FBI field office to take the lead in dealing with cyberthreats, assisted by a team of up to four other designated field offices.

• Impose costs on criminals—Catch perpetrators and bring them to justice or, as in the case of North Korea, expose their actions as publicly as possible.

• Coordinate with state and local law enforcement—Equip partners to be digitally literate and to conduct investigations at state and local levels; work with the Secret Service to offer training to such organizations around the country.