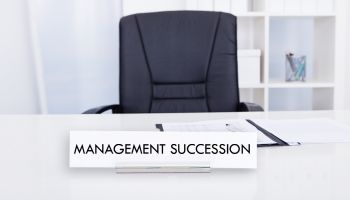 Over the next few years, a wave of generational change already underway will accelerate in the nation’s community banks. This series, concluding this week, has been exploring common mistakes made in management succession plans, and how they can be avoided. For links to the entire series, click here. Editor

In recent weeks I’ve regaled you with tales of succession and talent management—succession war stories, if you will. Every word has been true—you can’t make this stuff up.

If you’ve been following the series, and face your own succession challenge, you may be wondering, “How can I prevent my own bank’s situation from becoming a ‘war story’ someone else will tell someday?”

What is the takeaway from the experiences I’ve related?

If I had to boil it down to a few words:

Start planning early and stick with it.

Management succession can’t be approached casually. The examples that follow reinforce the need to persevere.

Looking back over succession “war”

In our first story, “Is your spare tire the right fit?,” the designated replacement was found to be suitable to temporarily fill the gap left by the emergency departure of the CEO. But the replacement was not a true successor capable of taking over the helm. Advance planning could have put the right person in the chair from the get-go.

In “The CEO who wouldn’t leave” we recognized that we couldn’t even begin to develop a succession plan if the CEO wasn’t a willing participant in the process.

Where lack of planning means there is no designated pool of successors from which to choose, boards are forced to look outside. When, of necessity, these decisions are made under severe time pressure equivalent to a ticking time bomb, boards may choose the charismatic corporate savior rather than the best person for the role. When the new CEO is found to be merely mortal, visions of finger pointing and cries of  “He looked so good in the interview” come to mind.

Compounding the problem of choosing a succession candidate who’s an outsider, study after study finds that only a third of external candidates are successfully parachuted into the CEO role vs. two thirds of those promoted internally.

Family businesses bring their own unique challenges. Family-owned banks have a vested interest in identifying potential successors. Like other banks, though, they may be deficient in following through to ensure that potential successors receive the development support needed to prepare them for leadership roles.

Only the largest regional or national banks can afford to hire HR leaders with the experience and independent clout to develop and implement a succession plan. The succession process often means making difficult tradeoffs. The Kevlar-attired external succession planner is likely to be more knowledgeable and effective in these situations.

A bank’s org chart contains more than one box, and a corollary to promoting from within into the top spot is filling the hole, or holes, left behind.

Even where filling holes isn’t the problem, succession, as we’ve discussed, covers more than the top position in the bank. When it comes time for a CFO to leave, for example, there is the potential for misunderstanding by regulators, the capital markets, and other stakeholders. CFO departures may be misconstrued as a flight from imminent problems.

As a bank, you have a choice to make: Do you want public opinion to be influenced by the grapevine? Or do you want to manage the message?

Managing the message means having a good message to manage. And that … takes advance planning.

Our discussion up to this point has focused chiefly on the inhabitants of the C-suite, especially the CEO, and the implications of changes in the C-suite. However, we should be cognizant of the need to cascade succession planning down to middle management and further, even where succession to the top isn’t an immediate issue.

It’s all about developing leadership, and moving that leadership up as warranted.

A robust talent management program will focus on the development of leadership talent incubating in the middle management ranks. One would hope that there are few “kiss up, kick down” Marthas who impress their superiors while oppressing their staffs.

The continuing use of assessment tools and peer evaluation is invaluable in identifying and nurturing employees with high potential. But there is the notion of “system” here too. Scarce training and development dollars should be applied selectively to those areas determined by an analysis of supply and demand.

Much has been written about improving diversity in banking’s leadership ranks. This, especially, takes planning and time, as we explored in the series. Diversity will only be representative in the C-suite if we hire a diverse population at entry level—and then promote and develop the full spectrum of talent.

As I said, it all comes down to starting planning early and staying with it!