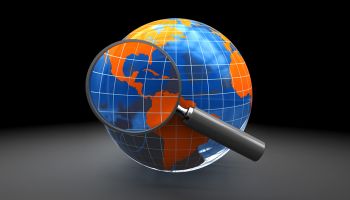 I have written many times in this space on understanding the relevance of the Financial Action Task Force (FATF) ** to the AML professional. With the ascendancy to the FATF Presidency of Roger Wilkins from Australia (hence the song title from the Australian band Men at Work *), I thought it a good time to review the “objectives” submitted by Mr. Wilkins’  that will guide his time in office.

When you have an opportunity, take a look at the summary of the Objectives for FATF-XXVI and it should give you some insight into the potential impact for your jurisdiction, regulators, or policymakers.

One of the key points made by Wilkins—and a refreshing one, I might add:

A major disappointment has been the relative lip service being paid to working together by many governments and FATF. If this priority is actually realized during the Australian Presidency, a guidance that addresses the “risk-based approach” will not only be welcome but might even get many to rethink their view that the risk-based approach is dead—we will see.

A very smart way of viewing the end game of collaboration by FATF with the private sector is Mr. Wilkins’ other priority of improving the relevance of FATF worldwide. A successful partnership will do just that.

As with all AML related firms or associations, the challenge of understanding virtual currency is on the FATF radar. So another priority of the FATF Presidency is to examine the money laundering and terrorist financing risks associated with those products but to make sure that the private sector is part of any review and/or analysis. We can probably expect either a new report or an announcement that new policy measures are being considered. Stay tuned. [In the meantime, you can read FATF’s Virtual Currencies: Key Definitions and Potential AML/CFT Risks.]

It should also be noted that this is FATF’s 25th Year (yes, I buried the lead) and President Wilkins refers to that fact throughout his list of objectives. FATF will be working on a “strategic vision” during this term, which will acknowledge both previous achievements and the strategy for the next three years.

For some specific direction from the “objectives,” the reference to FATF working with the G20, especially in the areas of corruption and beneficial ownership, is particularly compelling. There is a plan for a joint meeting of anti-corruption experts in Paris in October and more FATF outreach with other global governmental bodies.

Related to FATF’s need to work with other agencies is the section of the objectives relating to attacking “regulatory arbitrage.” Plainly speaking, this is when a financial institution attempts to take advantage of weaker AML standards by regulators in two or more markets. I know it is hard to imagine (just look at “tax avoidance” strategies) that institutions would do that in 2014 but sadly it is a continuing problem. This is an area that the AML community should rally around and shame those that engage in this but, who are we kidding?

Finally,  an area that is often also neglected is how FATF can affect financial reputations. For example, Wilkins refers to the fiscal impact of non-compliance with FATF recommendations, a possible increase in a country’s risk profile and potentially their credit rating.

If management fails to understand the relevance of FATF to day-to-day compliance, a clear eye looking at President Wilkins priorities for the next year should help .

I will commit to a six month update.

I recently mentioned the mixed messages (to say the least) of the Justice Department’s “Operation Chokepoint” and the banking regulators’ view that financial institutions should avoid “derisking” of challenging accounts.

On July 15th, the House Financial Services Committee on Oversight and Investigations  reviewed this dilemma in a hearing, “The Department of Justice’s Operation Choke Point,”  and all of the bank regulators said the “decision to establish, limit, or terminate a particular customer relationship is a decision for the banking organization.” So looks like the problem is solved.

* Could not find any songs from the “Little River Band,” although a time for a “Cool Change” was tempting.

** For newcomers, here’s capsule about FATF from the organization’s website: “The Financial Action Task Force (FATF) is an inter-governmental body established in 1989 by the Ministers of its Member jurisdictions. The objectives of the FATF are to set standards and promote effective implementation of legal, regulatory and operational measures for combating money laundering, terrorist financing and other related threats to the integrity of the international financial system. The FATF is therefore a ‘policy-making body’ which works to generate the necessary political will to bring about national legislative and regulatory reforms in these areas.”

More in this category: « Are we all doing enough? Decade after original 9/11 report, where are we? »
back to top